Uganda: Why Celebrities Are Rushing Into Politics

In 2015, Judith Babirye, a popular gospel artiste, announced that she would contest for the Buikwe Woman MP seat in 2016. She would later beat incumbet Dorothy Mpiima to join the 10th Parliament. Another artist, dramatist Kato Lubwama, took over the Rubaga South seat formerly occupied by Ken Lukyamuzi.

The duo was not the only artistes who took up leadership positions. In 2017, Robert Kyagulanyi Ssentamu, another popular artiste, best known by his stage name Bobi Wine, won the Kyadondo East by-election.

The trio is among a few popular figures who have joined elective politics. As the 2021 General Election draws closer, many faces that have won public popularity in different occupations have expressed interest to join politics.

Among the most recent popular faces are Joseph Mayanja, aka Jose Chameleone, a Kampala Lord Mayor hopeful; Miles Rwamiti, who has been working with Nation Media Group’s Spark TV (aspiring for Hoima East MP seat), Singer Sadat Mukibi, alias Khalifa Aganaga (aspiring for the Rubaga South seat), and renowned senior political reporter at NTV, Agnes Nandutu, who lost in the just concluded NRM party primaries. It remains unclear if she will return to her journalism profession or constest as an Independent candidate.

Ismail Dhakaba Kigongo, a sports journalist, who was also working with the National Council of Sports, recently showed interest to battle for Bugweri County MP seat held by Abdu Katuntu.

Notable from the Public Service sector is Dickson Kateshumbwa, a former Uganda Revenue Authority commissioner for Customs, who has already won the NRM party flag for the newly-created Sheema Municipality. He wants to replace Technology minister Elioda Tumwesigye.

But what is causing the rush by celebrities to join elective positions?

Political analyst Crispin Kaheru says world over, many celebrities are turning to politics.

He says they find it easier to use their celebrity status to influence political discourses and occasionally influence policy, hence using their fame and recognition to win elective seats.

He says these popular faces also discuss current affairs and have the benefit of shaping opinion – possibly and quite often in their own favour.

“They have the advantage of successfully championing social, economic and political causes through the media platforms available to them,” Kaheru adds.

Kyagulanyi embodies a true testimony of such figures. His ability to connect with the young people through his musical background has taken him far. For a country that has the second youngest population in the world, with more than 78 per cent below the age of 30, according to the Population Reference Bureau, underestimating their relevance in elective politics would be a time bomb.

According to TeCHJaja, an online technology-based website, twitter, for example, has become more than just a way to connect with celebrities, brands, or politicians. It is also used by journalists to provide updates on breaking news and has become a way of understanding the world around us.

In a May survey, the website ranked President Museveni as the most followed Ugandan on twitter with 1.6 million followers, Kyagulanyi came second on personalities.

However, this huge followings keep fluctuating.

The idea is that all this popular figures retain big fan bases after working in these popular media houses.

Kaheru says: “This mass following is lately being leveraged as a protection mechanism against politically-motivated attacks that ordinary political office seekers may face. Even when they encounter such attacks, the fan base is at hand to push back on their behalf.”

Kaheru also says politics has become one of the most lucrative activities.

In September, Daily Monitor ran a story titled: “Why election of MPs is a do-or-die contest.” It was indicated that MP takes home a net monthly salary of Shs6.1m in addition to a chain of allowances; housing (Shs6.5m), constituency support (Shs17.03m) and town running (Shs1.945m). MPs also earn a fuel allowance, technically defined as mileage, ranging between Shs10.3m and Shs31m, depending on the distance from Kampala to one’s constituency.

Besides the above earnings, the MPs also have other benefits such as car grant of Shs200m per MP, a free iPad, Shs50,000 allowance for attending committee sessions, and a funeral package. Others include family health insurance cover, allowance for travel abroad – $700 per diem (about Shs2.5m) and that of travel inland of Shs450,000 per diem

If one is to successfully do business, they have to be politically well connected.

“If one is to access the best social services, then they have to be politically well networked. Our society is now framed in such a way that everything rises and falls on politics. Such a country configuration makes politics so attractive not only for popular faces but for many fortune seekers,” Kaheru says.

Manifestos: Do they matter?

But Kaheru says it is important that the electorate depends on the manifestos of candidates and their (candidates’) capability to deliver on the promises rather than basing their choices on one’s popularity.

“It is not enough to vote for fame; fame must be matched with the ability to positively change society. Fame could be a good mobilisation factor, but it does not necessarily mean performance. Fame and performance is a rare and special combination – there are just a handful of such people and those must be respected,” he says.

However, Mr Musaazi Namiti, a journalist and former Al Jazeera digital editor-in-charge of the Africa desk, in an article published in Daily Monitor in August, says: “Good manifestos do not win elections. Academic qualifications from world-class universities do not either. Letter-perfect English cannot win an election. Voters vote for you because they like you, because you are popular, because you say things they want to hear, although most of those things can be bare-faced lies, rhetoric, half-truths or falsehoods.”

Both Namiti and Kaheru cast a warning to the electorates. The atmosphere of deception and naked lies have and will keep shaping the political atmosphere when elections near. Politicians will centre on unfulfilled dreams, economic, religious and geographical factors to shape their narratives.

The electorates should, therefore, be warned of the looming excitement and desperation in choosing new popular faces for elective positions.

The latest scorecard ranking of MPs in Parliament by Daily Monitor in August did not depict any good news for some MPs who joined the 10th Parliament. Ms Babirye and Mr Lubwama were listed among some of the worst-performing MPs. It now remains clear that a lot has to be done to have a more informed electorate, otherwise, we are more likely to see more popular figures join the 11th Parliament devoid of their capabilities to legislate issues and adequately represent voters. 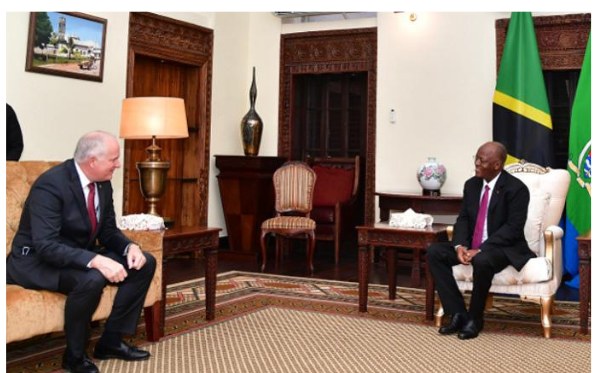 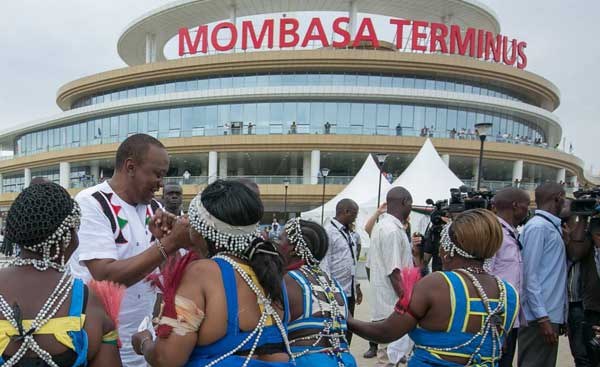 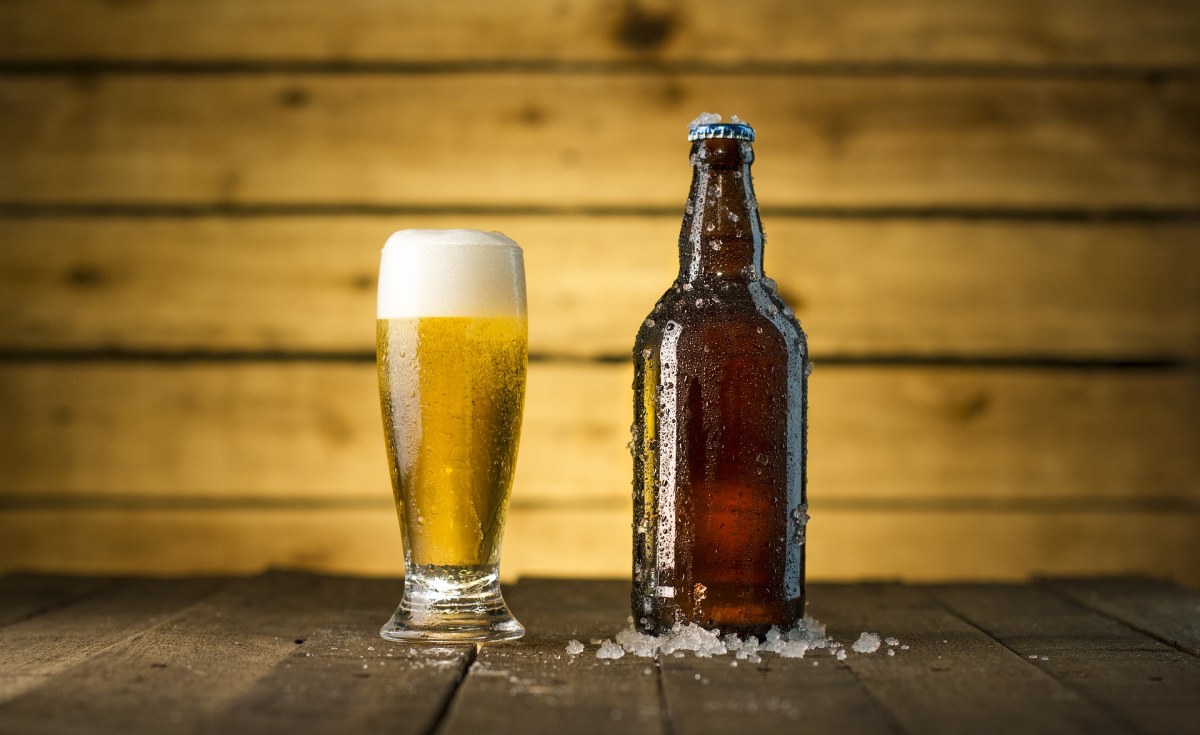 Africa: What Developing Countries Can Teach Us About How to Respond to a Pandemic