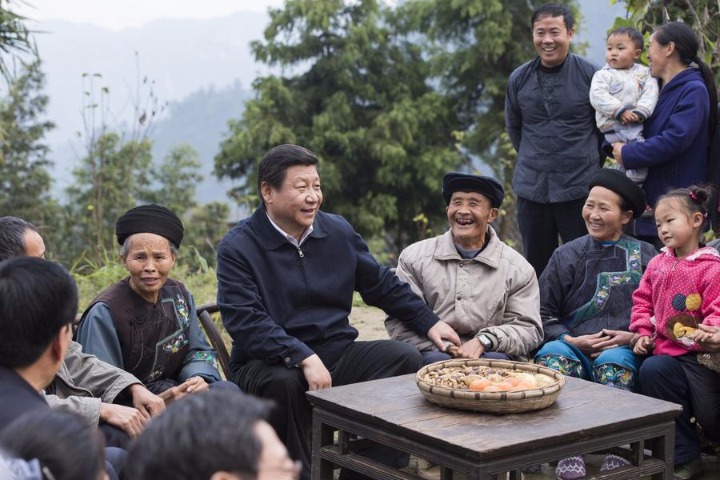 Fight to continue against hedonism, extravagance and other misconduct

Xi Jinping, general secretary of the Communist Party of China Central Committee, stressed that the fight against undesirable work styles should not be stopped. Xi made the remark in an instruction released on Monday in response to an article by Xinhua News Agency about new forms of misconduct.

The new forms of misconduct are, in their nature, old problems, said Xi, also president and chairman of the Central Military Commission.

In the instruction, Xi warned about the intractability and recurrence of undesirable work styles — formalities for formalities’ sake, bureaucratism, hedonism, and extravagance.

“The efforts to address such misconduct should not be stopped and the work to improve the Party’s conduct and work styles should never end,” Xi said.

Xi told Party and governmental departments of all localities and in all sectors to check their own performance in this regard and take concrete measures to rectify problems, especially the most prominent ones such as seeking excessive publicity but lacking solid practice and implementation.

He also asked leading officials at all levels to take the lead in the campaign.

The practice of formalities for formalities’ sake should also be strictly avoided in the upcoming CPC campaign on “staying true to our founding mission,” Xi said.

The Xinhua article pointed out that although the fight against undesirable work styles has yielded major achievements, problems still linger as some officials conduct perfunctory work in their research and inspections. Some Party and governmental agencies and their workers show false concern for the public without doing practical work to serve the people.

There are also problems such as local governments working for the attention of higher officials, rather than for the people’s satisfaction, the article noted.

It also pointed out cases of officials dodging responsibilities as well as inaction, sloth, double-dealing and duplicity by some officials.

The general office of the CPC Central Committee has issued a circular asking all Party and governmental agencies to study and implement Xi’s instruction with prompt action.

It called on them to carefully sift out new forms of undesirable work styles, resolutely correct them and make solid improvement in this respect.

Stressing that the upcoming New Year’s and Spring Festival season will be an important point in the fight, the circular told authorities to resolutely prevent the return of misconduct and to consolidate and build on the advances made in implementing the central Party leadership’s eight-point decision on improving Party and government conduct. WHO says still has no details from Tanzania COVID-19 response