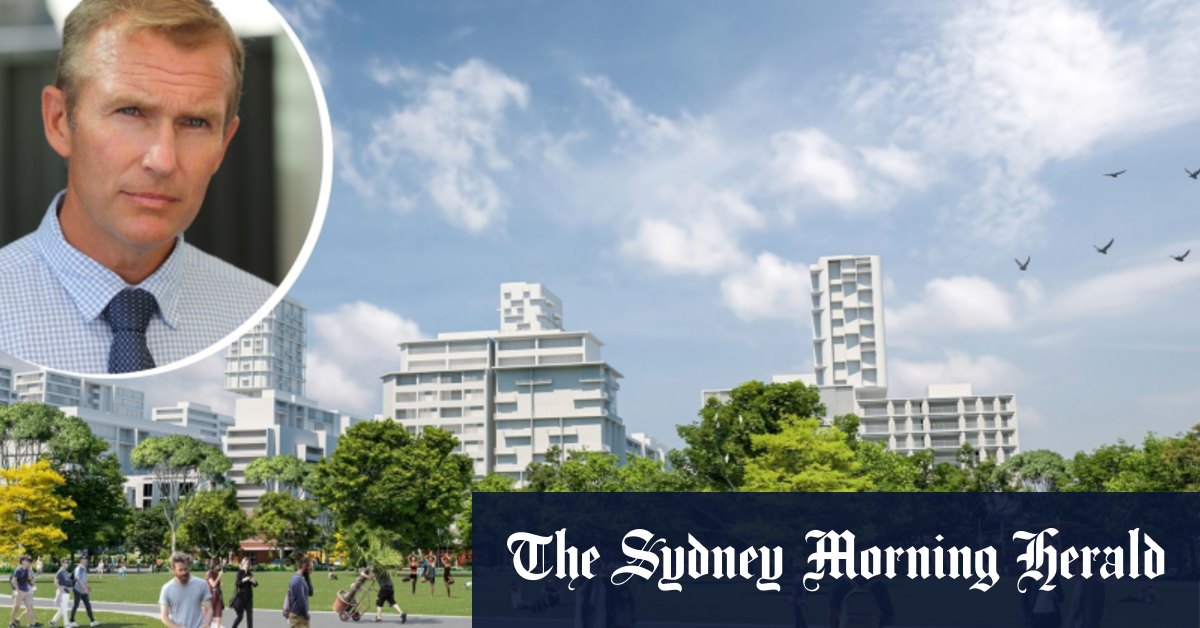 Facebook has banned the sharing or viewing of our news articles on its platform. For independent journalism straight from the source, download our app and sign up to our newsletters.

NSW Planning Minister Rob Stokes is warning he will intervene within weeks if a stand-off between the City of Sydney and the state’s social housing agency over a revamped public housing estate is not resolved urgently.

Mr Stokes said the proposal to redevelop the Waterloo public housing estate in inner Sydney was in limbo because of the disagreement between the council and the NSW Land and Housing Corporation over the scale of the development and funding for infrastructure.

“It’s clear that agreement is still a long way off,” he said.

His comments come after City of Sydney councillors voted on Monday night to approve a revised proposal for Waterloo, which comprises three high-rise buildings, instead of nine towers suggested by the Land and Housing Corporation.

Mr Stokes said the council’s decision would “only prolong the stalemate” and further delay the strategically important project. He has written to Housing Minister Melinda Pavey and Sydney lord mayor Clover Moore to demand that they work to break the deadlock by March 12.

And he warned that he will appoint Jim Betts, secretary of the Planning Department, as the alternate planning proposal authority to assess the Waterloo project within 10 weeks if the council and Land and Housing Corporation cannot resolve their differences.

Last year the Land and Housing Corporation lodged plans with the council for 3000 homes to be built in nine towers and smaller blocks at Waterloo South, which is being revamped beside a new metro railway station.

The proposal was assessed by the City of Sydney, which is responsible for changing the planning rules to allow more intensive development on the 12-hectare site. The council released an amended proposal this month for the same number of dwellings but spread across mostly medium-rise buildings.

Mr Stokes said he would ensure there was advice from a panel of three independent experts if he was forced to appoint the secretary to take on the council’s role in progressing the planning proposal.

“The time is now for us to make progress on the Waterloo proposal, and it’s important we get on with the job,” Mr Stokes said.

Cr Moore has said the council has attempted to forge a plan for Waterloo that achieves the housing yield stipulated by the state government, while improving amenity and social and environmental outcomes for existing and future residents.

But the Housing Minister has accused the council of dragging its heels on approving critical social housing developments by putting “politics before people”.

Catch all the day’s breaking news

At the end of each day, we’ll send you the most important breaking news headlines, evening entertainment ideas and a long read to enjoy.  Sign up here. Saying ‘I do’ in front of shocked strangers: Getting hitched at 40,000 feet