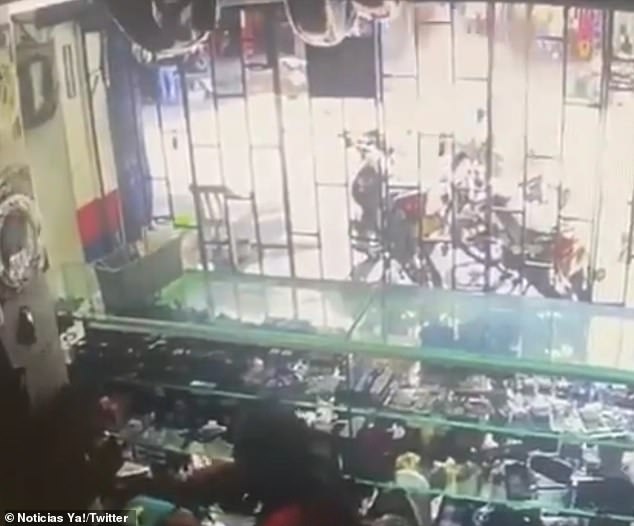 By Adry Torres For Dailymail.com

This is the moment a member of a Colombian gang threw a bomb at an auto shop from the back of his motorbike.

Authorities in the Caribbean port city of Barranquilla, Colombia, said 14 people, including a minor, were wounded in the attack Tuesday afternoon and were rushed to two local hospitals. None of the injuries were life threatening and no casualties were reported.

Barranquilla mayor Jaime Pumarejo said the attack seemed to be an ‘extortion’ attempt against local business owners along an avenue where many of the city’s motorcycle repair shops are located.

‘It apparently is an attempt to extort this important sector of motorcycle mechanic shops with a high influx of people,’ Pumarejo said, according to Noticias Caracol. ‘Some misfits dropped a grenade to send a message.’

Surveillance video shows two men aboard a motorcycle approaching a mechanic shop in Barranquilla, Colombia, on Tuesday before one of them dropped a grenade. At least 14 people, including a minor, were injured in the attack

The driver of a vehicle narrowly avoids a grenade explosion moments after it has been tossed on to a street in Barranquilla, Colombia, before it exploded

A shop’s security camera shows what appears to be two employees standing behind a counter when the attackers pull up to the front of the business.

Subsequently, one of the men drops the explosive device in the middle of the street as he and his accomplice take speed away.

Several seconds pass before a car drives by before the grenade went off right before motorcyclist approaches it.

Colombian Vice President Marta Lucía Ramírez visited the scene of Tuesday’s grenade attack in the Caribbean port city of Barranquilla, where 14 people, including a minor were injured. The government offered a reward of $50 million Colombian pesos, or $14,000, for information leading to the arrest of the two individuals who launched the attack.

The Barranquilla Metropolitan Police said it has a person of interest, who leads a local gang and is currently in prison, but refused to publicly identify the suspect’s or criminal group’s name.

Shortly after the explosion, the government offered a reward of $50 million Colombian pesos, or $14,000, for information leading to the arrest of the two individuals who launched the attack.

‘We are going to dismantle these organizations that are extorting merchants and that are affecting Barranquilla’s production sector,’ Vice President Marta Lucía Ramírez said after visiting the scene of the attack. 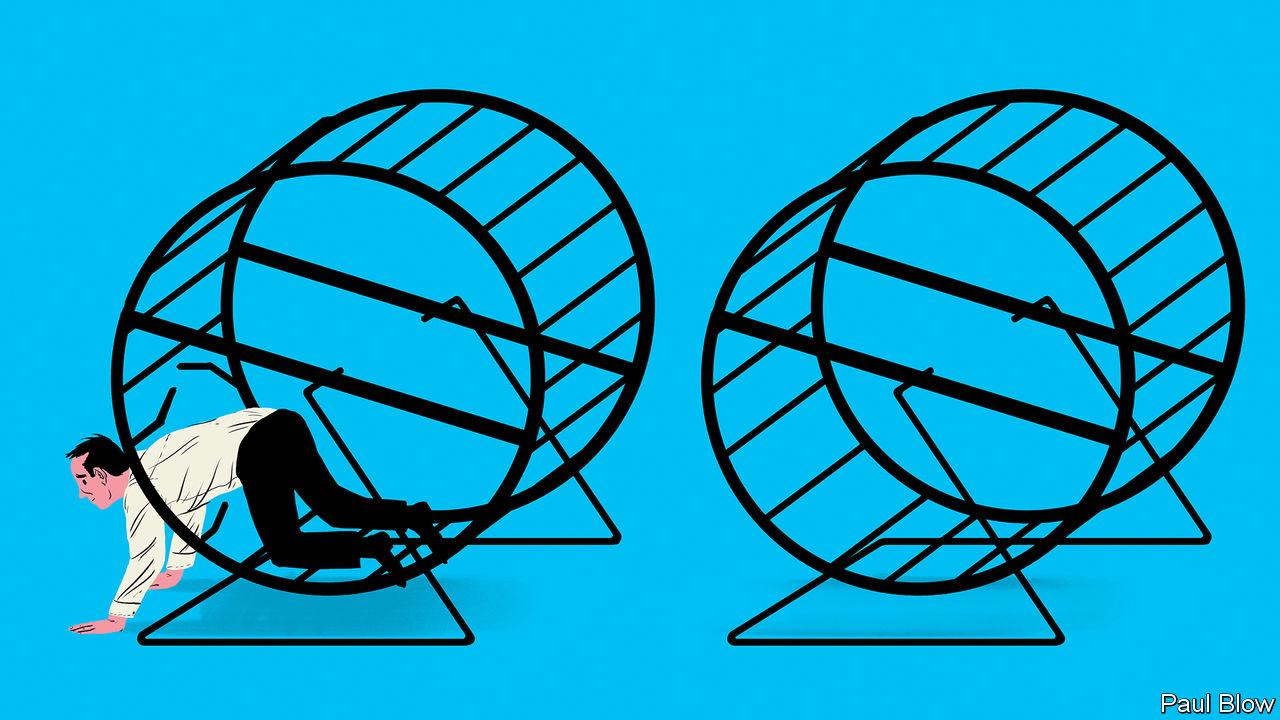 The lockdown has caused changes of routine