President’s Day? — or To Be or NOT To Be MY President?

It is definitely a time in which all good people of conscience must rise up and come to the aid of their country. Now is the time — tomorrow may be too late

Contrary to popular opinion, there is no such federal holiday as President’s Day. Yet, contrary to the actual federal holiday there is a popular President’s Day that is accepted by various states—especially by the multitude of merchants promoting their various merchandise endorsed of course by George Washington or Abraham Lincoln. And, contrary to Democrat leadership attempts to cancel Donald J. Trump, he was and will forever be the 45th POTUS. And finally, contrary to the genuine outcome of the 2020 election (no matter how many try to cover it up) Joe Biden was installed as POTUS in January. So, where does that leave the “United” States of America in February on the holiday once known as President’s Day?

Present occupant of the White House is merely a puppet president

Unfortunately, for the historically challenged, President’s Day is not really a celebration of all of the various American presidents. It would indeed be a challenge for the majority of Americans to actually name the previous 40 plus presidents, let alone name each of their accomplishments while in office. Contrary to popular confusion, there is no such federal holiday as President’s Day. Despite all the distortions of the perceptions of the purpose of President’s Day, the actual holiday under federal law is George Washington’s birthday. Yet legalisms aside, popular reality leads people to believe that it is a holiday to honor all American presidents. And despite legal election outcomes, many Americans choose to believe it to be what they believe reality to be. And, from the inauguration of Donald J. Trump in 2016, up until this past Friday, the hate-filled Democrat leaders, had refused to acknowledge him as their president.

Yet, from the recent debacle of the second attempted political impeachment, and the recent political revelations regarding the cabal organized to orchestrate the theft of a legal election, it would appear that Barack Hussein Obama is still the “forever president” of Democrat core leaders. And, despite the present occupant of the White House, core Democrat leaders must still be taking a knee to their “forever president.” In essence, the present occupant of the White House is merely a puppet president of the powers that are within the shadows where the “forever president” may still be leading from behind.

Certainly, most of the 75+ million American citizens who voted for President Trump do not view Joe Biden as their legitimate president, especially with the dark cloud of deep suspicion cast over the 2020 election. Too much evidence collected and corroborated by serious professionals that has not been even examined by government officials hired by the people to do just that. Has redress of grievances been just one more inconvenient item in the U.S. Constitution that will be ignored by the state or federal courts? Election fraud is the number one issue of any future election, despite how many Democrat as well as Republican leaders have agreed to continue the charade of “business as usual.”

Americans today need to understand that the nation was conceived in Liberty, but driven afterwards by some individuals who hungered for political power and poisoned by personal pride

The fact remains that the present occupant of the White House may not truly be their president, and they may be right.

The now infamous Time article by Molly Ball, which has been addressed by quite a few serious journalists recently, does leave specific impressions that the attempt to destroy (not fortify) the 2020 election was orchestrated not just by the ones identified in Ball’s article, but by those “leading from behind” in the shadow government of Deep State notoriety. Nevertheless, the shock to the rest of the American citizens that this election was stolen does not seem to be shared by political leaders of both political parties as the primary order of business in Washington, D.C. since the installation of a new national director, has been the spending of all the time and the people’s money upon the charade of impeachment. This alone, should be a red flag to the average American citizen that stealing elections is not such a big deal to the political class. They are hoping everyone will soon forget about it and go back to their sports shows, or TV dramas, or petty life distractions, and let the powerful elites get back to running the country without interference.

Since today it truly is George Washington’s birthday that should be celebrated on this third Monday in February, and not a “NOT My President’s Day” to be celebrated, it may be extremely wise to re-examine Washington’s warning against the hazards of political parties in Washington’s epic “Farewell Address.”

Serious division along political party lines crept into the newly formed government of the United States even before the end of George Washington’s first term. Two quite serious political factions developed from the original division between the Federalists and those considered Anti-Federalists. The divisions were personified in the two leaders of the rival factions, Alexander Hamilton and Thomas Jefferson. Surprisingly, their thinking and influence still affect political divisions today, but in their day party lines and rival loyalties were drawn to the point of personal bitterness and public destructiveness. Americans today need to understand that the nation was conceived in Liberty, but driven afterwards by some individuals who hungered for political power and poisoned by personal pride.

Washington served as the balancing point between the two competing extremes, and in his “Farewell Address” he sent a warning to the future. Although known as his Farewell Address, Washington never spoke the words before an audience. The president arranged with David C. Claypoole, editor, and proprietor of the Daily American Advertiser to print his letter in the Philadelphia newspaper in September of 1796. As one reads Washington’s Farewell Address, it is remarkable how prophetic they are. The following excerpt highlights Washington’s wisdom:

The disorders and miseries which result gradually incline the minds of men to seek security and repose in the absolute power of an individual; and sooner or later the chief of some prevailing faction, more able or more fortunate than his competitors, turns this disposition to the purposes of his own elevation, on the ruins of public liberty.

Without looking forward to an extremity of this kind (which nevertheless ought not to be entirely out of sight), the common and continual mischiefs of the spirit of party are sufficient to make it the interest and duty of a wise people to discourage and restrain it.

It serves always to distract the public councils and enfeeble the public administration. It agitates the community with ill-founded jealousies and false alarms, kindles the animosity of one part against another, foments occasionally riot and insurrection. It opens the door to foreign influence and corruption, which finds a facilitated access to the government itself through the channels of party passions. Thus the policy and the will of one country is subjected to the policy and will of another.

President Washington expressed genuine concern that “the alternate domination” of one political party over another would allow one party to enjoy temporary power over the government that would use it to obtain revenge on the other. He seriously felt that this tendency toward atrocities directed at the party out of power “…is itself a frightful despotism. But this leads at length to a more formal and permanent despotism.”

Washington understood that if “a wise people” did not do their duty to discourage and restrain the over-zealous development of political parties, it would be the end of America. Despotism of one political party will be the end of America. The definitive actions of brave and brilliant patriots, not the thoughtful deliberations of armchair philosophers, nor the empty promises of slick, silver-tongued politicians, will determine the future of America. It is definitely a time in which all good people of conscience must rise up and come to the aid of their country. Now is the time—tomorrow may be too late.

Dennis Jamison reinvented his life after working for a multi-billion dollar division of Johnson & Johnson for several years. Currently retired from West Valley College in California, where he taught for nearly 10 years, he now writes articles on history and American freedom for various online publications.

Formerly a contributor to the Communities at the Washington Times and Fairfax Free Citizen, his more current articles appear in Canada Free Press and Communities Digital News. During the 2016 presidential primaries, he was the leader of a network of writers, bloggers, and editors who promoted the candidacy of Dr. Ben Carson. Jamison founded “We the People” – Patriots, Pilgrims, Prophets Writers’ Network and the Citizen Sentinels Network. Both are volunteer groups for grassroots citizen-journalists and activists intent on promoting and preserving the inviolable God-given freedoms rooted in the founding documents.

Jamison also co-founded RedAmericaConsulting to identify, counsel, and support citizen-candidates, who may not have much campaign money, but whose beliefs and deeds reflect the role of public servants rather than power-hungry politicians.  ​ 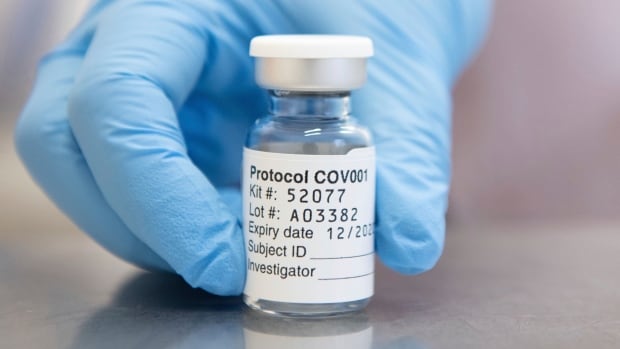 Libya: When Historical Memory is Erased

UPDATE: Business booming at J&W Foods after our interview!