Outpatient Visits Rebound for Most Specialties to Pre-COVID Levels 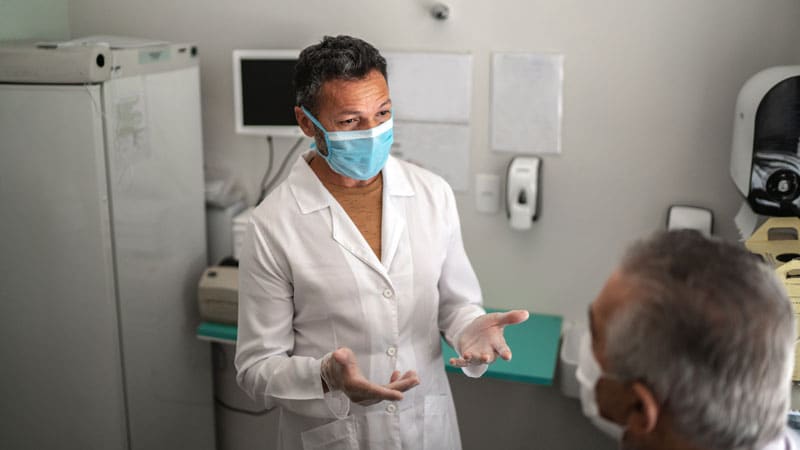 After taking a nosedive during the initial wave of the COVID-19 pandemic, then rising and plateauing, weekly outpatient visits in the United States have rebounded and now slightly exceed levels seen in late February, according to new data.

Overall visits plunged by almost 60% at the low point in late March and did not start recovering until late June, when visits were still off by 10%. Visits began to rise again — by 2% over the March 1 baseline — around Labor Day.

As of October 4, visits had returned to that March 1 baseline, which was slightly higher than in late February, according to data analyzed by Harvard University, the Commonwealth Fund, and the healthcare technology company Phreesia, which helps medical practices with patient registration, insurance verification, and payments, and has data on 50,000 providers in all 50 states.

The study was published online by the Commonwealth Fund.

In-person visits are still down 6% from the March 1 baseline. Telemedicine visits — which surged in mid-April to account for some 13% to 14% of visits — have subsided to 6% of visits.

Many states reopened businesses and lifted travel restrictions in early September, benefiting medical practices in some areas. But clinicians in some regions are still facing rising COVID-19 cases, as well as “the challenges of keeping patients and clinicians safe while also maintaining revenue,” write the report authors.

Some specialties are still hard hit. For the week starting October 4, visits to pulmonologists were off 20% from March 1. Otolaryngology visits were down 17%, and behavioral health visits were down 14%. Cardiology, allergy/immunology, neurology, gastroenterology, and endocrinology also saw drops of 5% to 10% from March.

Patients were flocking to dermatologists, however. Visits were up 17% over baseline. Primary care was also popular, with a 13% increase over March 1.

Interestingly, the over-65 age group did not have the steepest drop in visits when analyzed by age. Children ages 3 to 17 saw the biggest decline at the height of the shutdown. Infants to 5-year-olds have still not returned to pre-pandemic visit levels. Those visits are off by 10% to 18%. The 65-and-older group is up 4% from March.

Larger practices — with more than six clinicians — have seen the biggest rebound, after having had the largest dip in visits, from a decline of 53% in late March to a 14% rise over that baseline. Practices with fewer than five clinicians are still 6% down from the March baseline.

Wide Variation in Telemedicine Use
The researchers reported a massive gap in the percentage of various specialties that are using telemedicine. At the top end are behavioral health specialists, where 41% of visits are by telemedicine.

The next-closest specialty is endocrinology, which has 14% of visits via telemedicine, on par with rheumatology, neurology, and gastroenterology. At the low end: ophthalmology, with zero virtual visits; otolaryngology (1%), orthopedics (1%), surgery (2%), and dermatology and ob/gyn, both at 3%.

The gap persists. Currently, 9% of the larger practices are using telemedicine, compared with 4% of small practices.

One third of all provider organizations analyzed never-adopted telemedicine. And while use continues, it is now mostly minimal. At the April peak, 35% of the practices with telemedicine reported heavy use — that is, in more than 20% of visits. In September, only 9% said they had such heavy use.

Alicia Ault is a Lutherville, Maryland-based freelance journalist whose work has appeared in publications including Smithsonian.com, the New York Times, and the Washington Post. You can find her on Twitter @aliciaault.