Augmented reality art: Where your home becomes the gallery 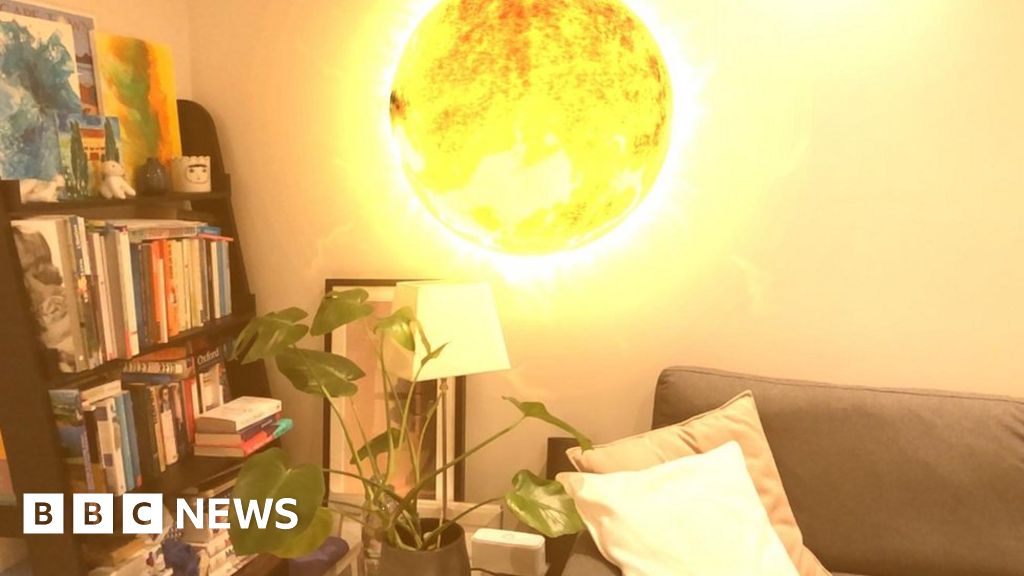 Ever dreamed of hanging artworks by leading artists around your home? Well now you can for free, thanks to augmented reality or AR as it is known.

Images such as Olafur Eliasson’s Solar Friend and Tomas Saraceno’s Peacock Spider are among some of the works that can be displayed in your home – the only catch is they will not physically be there but can be seen virtually via an app on your smartphone.

AR art is based on technology that brought us the popular mobile phone game Pokemon Go, and is being adapted by the likes of contemporary artists such as KAWS, Cao Fei and Judy Chicago.

The idea is to enable viewers to get their art fix during the pandemic by positioning digital artworks onto surfaces inside and outside the home fusing sci-fi with reality.

“Having been restrained to my studio during these difficult times, it’s about allowing yourself to be occupied with wonders. So put a rainbow over the kitchen table and a sun outside your main doors. We need some hope to look forward.”

Daniel Birnbaum, director of the AR platform Acute Art said it is an “intimate” way of exploring art and having a relationship with it while galleries remain closed. “The users become the curators of their own shows, like an art game and that’s what makes it fun,” he added.

While AR art has been around for a few years, Birnbaum pointed out it is becoming more sophisticated, capturing the imagination of people during lockdown and particularly those who game and move in and out of the virtual and real worlds.

“I even know a few 70-year-olds who like this, along with 85-year-old Picasso connoisseurs!”

He explained that unlike VR “you don’t need a headset,’ and it’s developing very quickly”.

“Olafur Eliasson’s AR work has reached more people than the Venice Biennale, so it’s a new possibility,” said Birnbaum, who recently launched the world’s largest outdoor AR exhibition in London before offering it to people at home.

Eliasson recently turned to AR after closing three exhibitions due to Covid-19. The environmental artist, who is celebrated for his tactile and physical works including his giant sun that lit up the Tate Modern art gallery, is moving into a virtual world of “illusion and curiosities”.

“Having a sun in your living room, as absurd as it sounds, is very warming, quite literally!” He said.

Eliasson has been working with Hollywood film animators on a range of digital art images including a cloud that looks and sounds like it rains and an animated puffin that moves and turns its head. He points out the key challenge is to make the objects look real within the home environment.

There are environmental benefits too, including “no shipping or storage costs,” and people can take photos of his works and share them with their friends.

But rather than challenge the traditional gallery space he thinks AR will complement it.

“Soon you’ll able to have a sculpture by Michelangelo in your house, a statue of David in your living room, and you might show it to your family and then say, “let’s go to Florence when Covid is over and see the real thing.”

Argentinian artist Tomas Saraceno is using augmented reality to encourage people to tackle their fears by letting a giant spider loose in their homes. But rather than being creepy, Tomas hopes his eight-legged art friend will create a discussion about the extinction of spiders and how we can live harmoniously with them.

Saraceno says spider art can be “beautiful”, create an element of “surprise” and help to tackle arachnophobia. He has been working with doctors and psychologists in Germany alongside an online spider community, to pioneer new treatments to help people appreciate and reconnect with the natural world.

But of course, virtual artworks still need to make money to function, and Kaws, one of the most recognised contemporary artists in the world, is one of the first to make money from augmented reality.

The former graffiti artist feels he is coming full circle.

“I’m really comfortable with ephemeral works and then you are left with photographs. I hope people see this as a turning point of how an exhibition can be experienced.”

Multimedia artist Cao Fei is also no stranger to new technology, and has experimented with film, virtual reality, avatars and robots.

Her AR piece The Eternal Wave features a lifelike image of her son lost in a computer game, exploring themes of isolation and loneliness.

“AR art is portable and sharable,” she said. “It gives the user the chance to recreate an artwork so it’s growing and not static.

“As an artist you have to give up some control but when artists choose to use it, it opens up opportunities.”

Feminist landscape artist and author Judy Chicago has been entertaining audiences with her colourful smoke sculptures since the late 1960s. Now AR users can launch and enjoy them from their own back gardens.

Judy says that for her art is all about “discovery” and AR has the potential to “democratise art like print-making”.

Her smoke sculptures are available via Google Play and the App Store, and will be shown at Desert X in the Coachella Valley.

Nina Chanel Abney launched her first AR piece, Imaginary Friend, to mark the 57th anniversary of the historical march on Washington, DC, where Martin Luther King Jr gave his “I Have a Dream” speech.

The work premiered at the Lincoln Memorial to also coincide with the “Get Your Knee Off Our Necks” march, offering advice and spiritual guidance. The Chicago-born political artist said she wanted to give participants an “always-ready companion” particularly those suffering during challenging times.

Another artist, Bjarne Melgaard, often described as the direct heir of Edvard Munch, has taken his bronze sculptures Octo with Ostrich Egg and Light Bulb Man and given them the AR treatment.

“I was surprised how much these old characters translated so well into a completely new medium, immaterialising them and taking them into a virtual world,” said the Norwegian artist.

London’s Serpentine Lake in Hyde Park provided a much larger venue for augmented reality than a bath tub, when Christo and Jeanne-Claude’s The London Mastaba became a floating hit in 2018.

It will now become a permanent AR exhibit and a tribute to Christo who died last year. 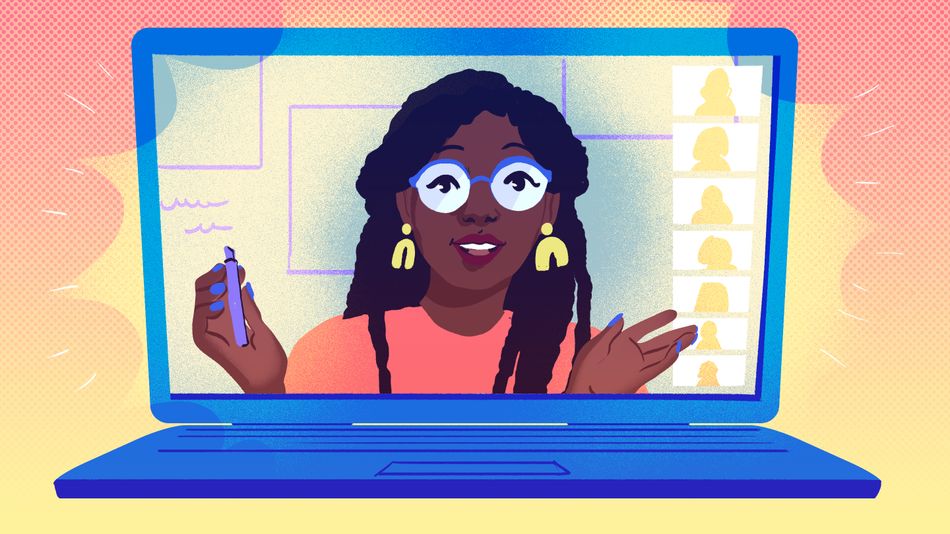 Take your anti-racism journey further with these online courses 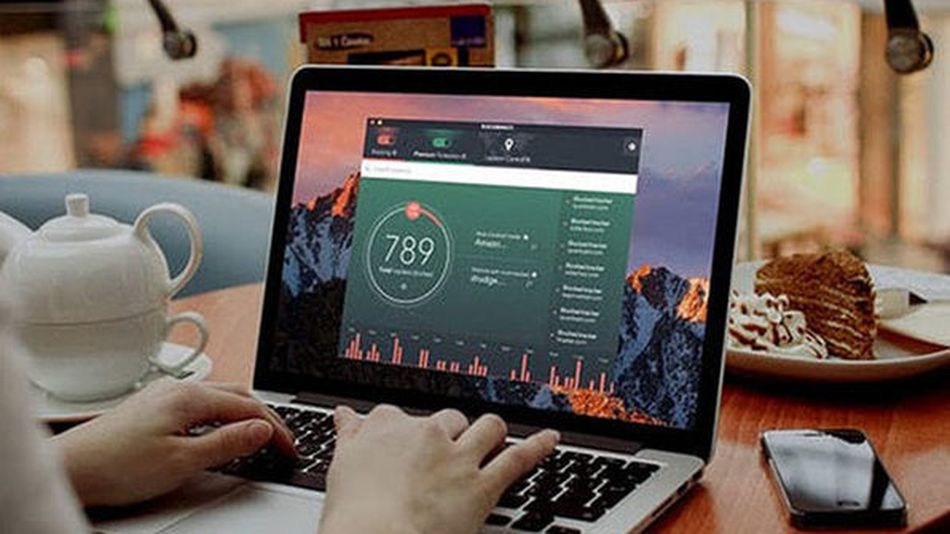 Surf the internet safely with Presidents Day deals on VPNs 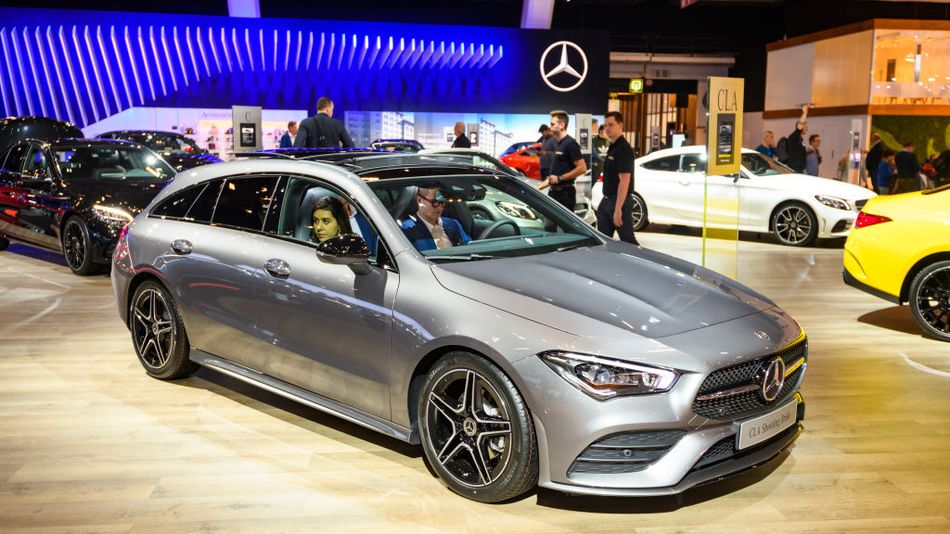 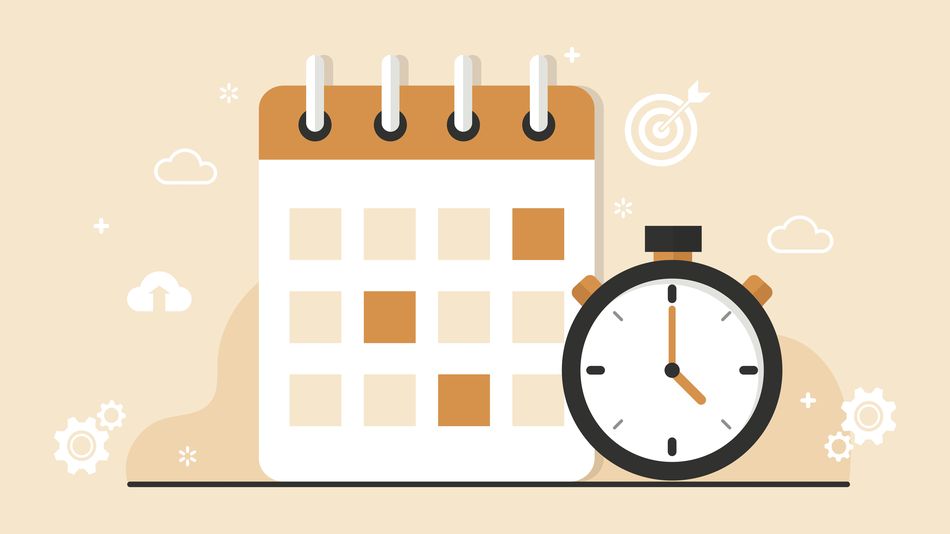