Armenia, Azerbaijan Accuse Each Other Of Violating Fresh Cease-Fire

Armenia and Azerbaijan have accused each other of violating a cease-fire aimed at stopping the fighting over the Nagorno-Karabakh region, just hours after it went into effect on October 18.

A spokeswoman for the Armenian Defense Ministry said there had been rocket and artillery fire from the other side early on October 18.

The Azerbaijani Defense Ministry later accused Armenian forces of carrying out artillery and mortar shelling along the so-called Line of Contact that divides the warring sides.

The accusations came after Armenia and Azerbaijan said just hours earlier that they had agreed on the new cease-fire, posting identical statements on their respective Foreign Ministry websites late October 17. The halt in fighting took effect at midnight local time.

The October 17 statements said the decision was taken following statements earlier this month from the presidents of France, Russia, and the United States, representing the co-chair countries of the Minsk Group of the Organization for Security and Cooperation in Europe (OSCE).

France, Russia, and the United States comprise the OSCE’s Minsk Group, a diplomatic initiative aimed at trying to resolve the conflict, which dates to 1988 in the waning days of the Soviet Union.

The latest round of fighting, which erupted on September 27, has killed at least 600 soldiers and civilians and is considered the worst since the 1994 cease-fire that ended all-out war between the two countries over Nagorno-Karabakh’s status.

Internationally recognized as part of Azerbaijan, the mountainous territory has been controlled by ethnic Armenians, backed by Yerevan, since the 1994 halt in fighting.

The latest spasm of violence has stoked fears that the new violence could engulf the region in a wider conflict involving Azerbaijan’s biggest ally, Turkey, and Russia, which dominates the Collective Security Treaty Organization, of which Armenia is a member.

A cease-fire announced last week was repeatedly violated by both sides not long after it went into effect and had all but collapsed before the new cease-fire was agreed.

Earlier on October 17, a missile hit a residential area in Azerbaijan’s second-largest city, killing 13 people and injuring more than 50, one of the deadliest against civilians to date.

The strike in Ganca, about 100 kilometers north of Nagorno-Karabakh, occurred at around the same time that another missile hit Mingacevir, a city east of Ganca and home to a large hydroelectric dam.

It was also unclear where the missile that hit Ganca was fired from; Ganca is about 100 kilometers east of the border with Armenia proper.

A missile fired directly from Armenian territory onto an Azerbaijani city would be a major escalation of the conflict.

In a televised address after the missile hit Ganca, Azerbaijani President Ilham Aliyev denounced the strike as a war crime and warned the leadership of Armenia.

“Azerbaijan will give its response and it will do so exclusively on the battlefield,” Aliyev said.

Earlier in the week, Baku and Yerevan each claimed gains in the fighting in and around the territory, which was populated by around 150,000 ethnic Armenians prior to this round of violence.

There has been no confirmed death toll from the latest fighting, but the de facto leadership in Nagorno-Karabakh has reported 633 soldiers killed. Azerbaijan has not released any military casualty figures.

Several dozen civilians had been reported killed prior to the October 17 missile strike.

Armenia has accused Turkey of encouraging Azerbaijan to try to militarily resolve a problem that decades of internationally mediated talks have failed to resolve.

The Azerbaijani Defense Ministry said a retreat by ethnic Armenian forces in the territory had left Baku’s troops with an advantage along the Line of Contact that divides the warring sides. There was no confirmation of that.

With reporting by AFP and Interfax 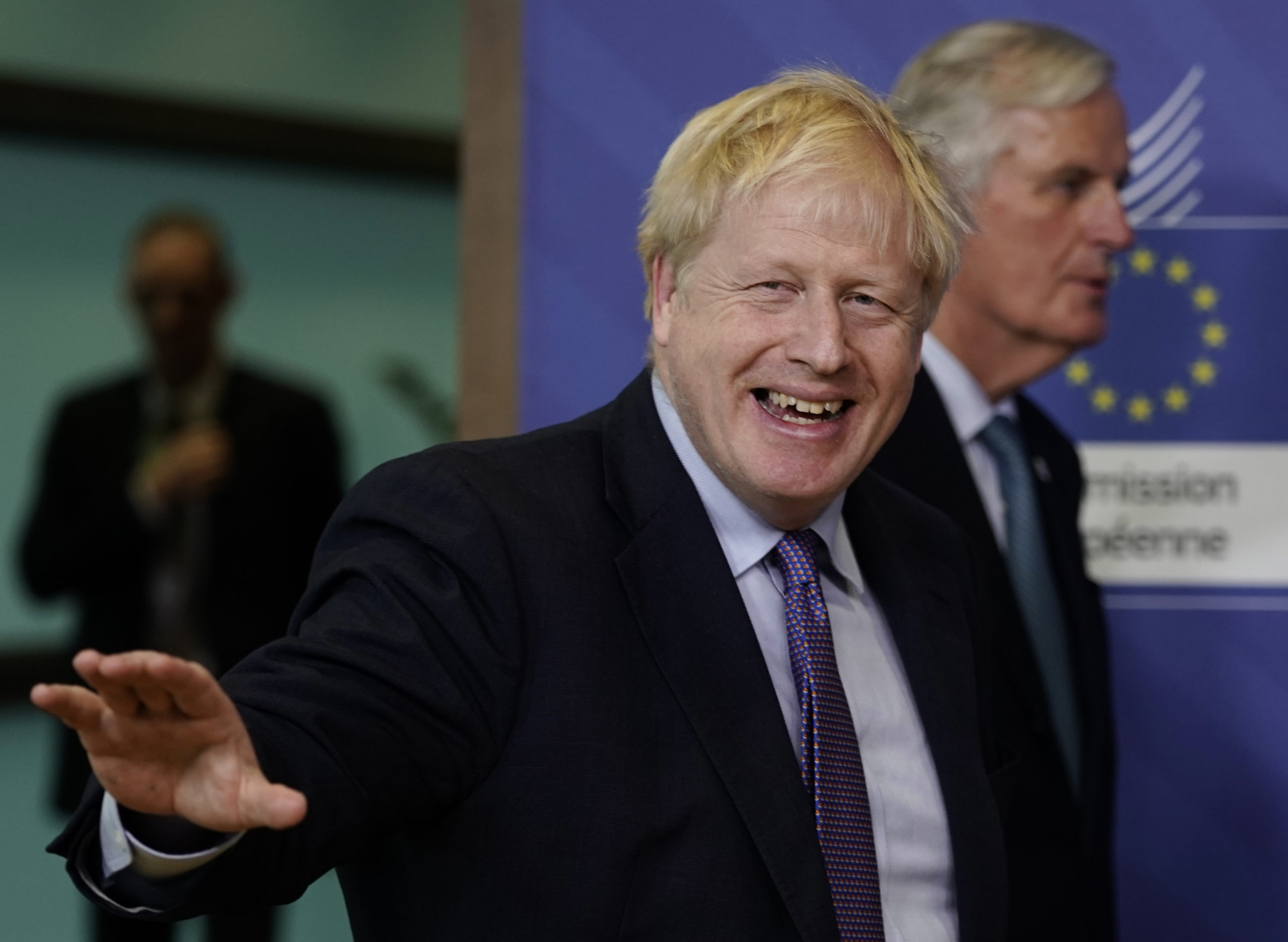 Don’t give up on a Brexit deal just yet