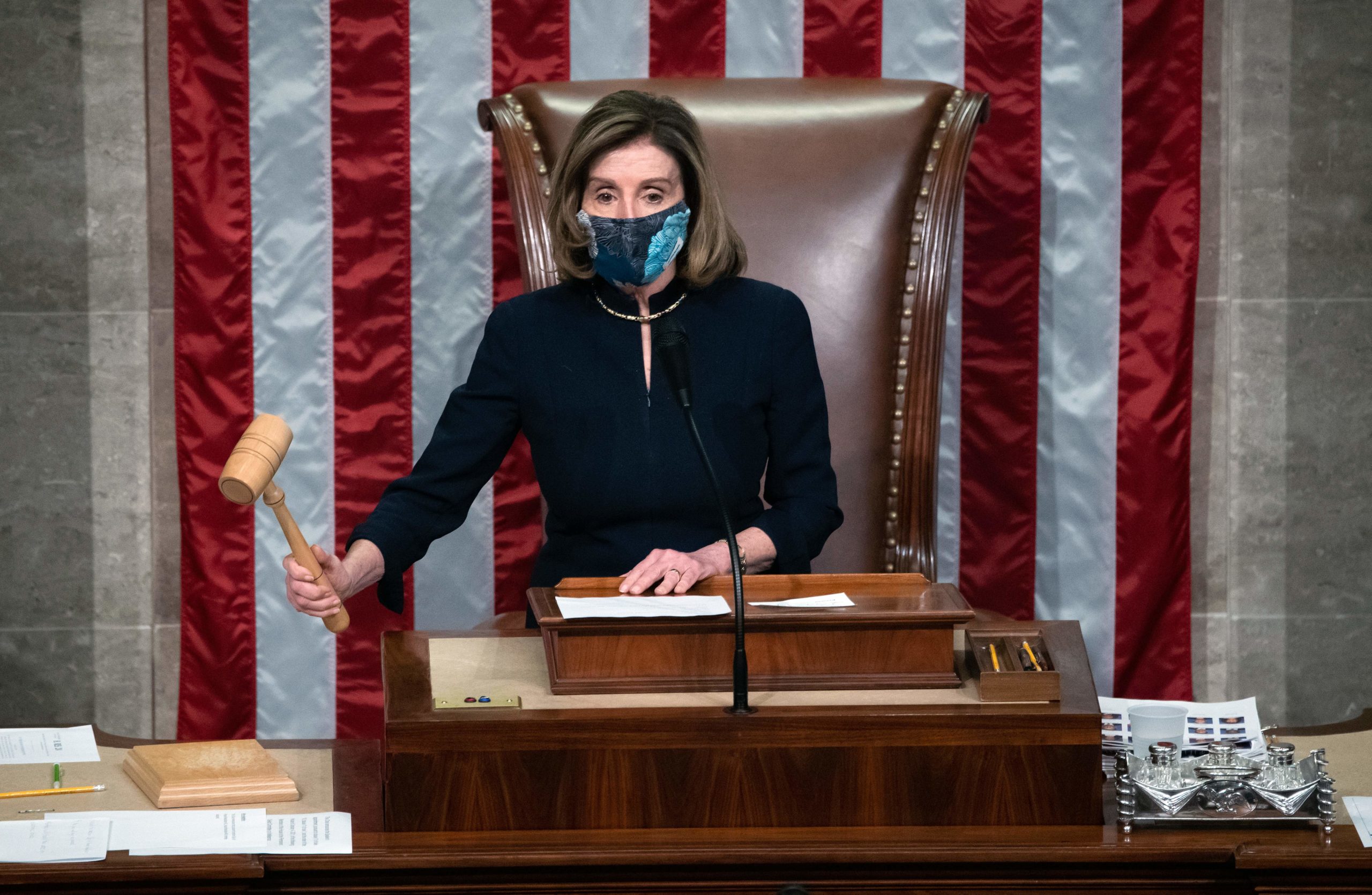 The process now moves to the Senate, where Majority Leader Mitch McConnell has indicated that a trial won’t begin until Trump is out of office.

The charge, “incitement of insurrection,” is the gravest ever lodged against a sitting president and will make Trump the first president in history to have been impeached twice.

The vote, which will take an hour or more because of the chamber’s pandemic rules, will be delivered in the same chamber where on Jan. 6 officers drew their guns to protect sheltering lawmakers from an armed mob pounding at the doors. Five people were killed, including a U.S. Capitol police officer who died of injuries sustained during the riots.

“We know that the president of the United States incited this insurrection, this armed rebellion, against our common country,” Speaker Nancy Pelosi said on the floor. “He must go — he is a clear and present danger to the nation that we all love.”

“We must rise to this moment,” House Majority Leader Steny Hoyer added in the final speech of the day. “Reject sedition, tyranny and insurrection.”

Impeachment. Inauguration. The transfer of power. The next seven days will be critical, and intelligence officials are already warning of possible “armed protests” across the country.

The vote will be bipartisan, with seven Republicans — including the No. 3 GOP leader in the House — publicly declaring they plan to impeach Trump. Several other GOP lawmakers are also said to be considering voting to charge the president.

In some ways, the mood inside the Capitol on Wednesday was tense as lawmakers traversed hallways that were so packed with National Guard officers — quartered in the building for one of the few times since the Civil War — that some privately described it as an army barracks.

But it was also eerily hushed. There were none of the swarms of reporters and cameras that had packed the building just 13 months ago during Trump’s first impeachment. Inside the House chamber, no speech had more than two dozen observers — even Pelosi’s. Unlike the fierce debates in 2019, there were few boos and little applause on the floor, though there were flashes of anger, particularly from members who were in the chamber as it was breached.

Dozens of members were absent from proceedings, forced to remain home because they were infected or exposed to the coronavirus. At least three Democrats tested positive after sheltering in a massive safe room for lawmakers last Wednesday, where multiple Republicans refused to wear masks, and many more are now quarantining.

For most of the day, the biggest flurry of activity came as lawmakers navigated newly installed metal detectors outside the House chamber, causing a backlog that stretched down the halls. In a remarkable sight for one of the most secure buildings in Washington, House chairmen were scanned with portable metal detectors before they could enter the chamber.

“Violence will not win. Insurrection will not win,” House Democratic Chair Hakeem Jeffries (D-N.Y.) said in a thundering speech on the floor. “Terror will not win.”

In the last seven days, Pelosi and top Democrats had intensely pressured Vice President Mike Pence to intervene himself, taking the role out of Congress’s hands. But Pence refused, and Democrats instead focused their arguments on Wednesday on the remarks of the handful of Republicans who had announced their support for impeachment.

Top Democrats have repeatedly quoted House GOP Conference Chair Liz Cheney of Wyoming, whose scathing statement on Tuesday further exposed the ugly rift within the GOP over Trump’s role in the violent mob and his future in the party. But Cheney herself did not request to speak on the floor, according to GOP sources.

As many as a dozen Republicans are expected to join Democrats in voting to impeach Trump. And they may have backup across the Capitol: Senate Majority Leader Mitch McConnell has privately indicated that Trump’s actions qualify him for removal from office, according to a source familiar with his thinking. McConnell sent a note to his GOP members Wednesday afternoon stating, “I have not made a final decision on how I will vote” — a stunning statement from the most senior Republican in Congress.

In addition to Cheney, six other Republicans — Reps. John Katko of New York, Adam Kinzinger of Illinois, Fred Upton and Peter Meijer of Michigan, and Jaime Herrera Beutler and Dan Newhouse of Washington — are supporting impeachment. Several more are also expected to vote in favor, while Republicans privately insist more would if they did not fear for their personal safety if they did so.

The impeachment vote comes just one week before Trump’s term expires and President-elect Joe Biden takes office. But Democrats argued that Trump’s conduct was so egregious that he must be removed immediately.

“One week ago, I was trapped in this House chamber as the banging on the doors began” added Rep. Madeleine Dean (D-Pa.), who was tapped as an impeachment manager alongside Reps. Jamie Raskin (D-Md.) and several others who were barricaded inside as rioters breached the Capitol.

Republicans spent little energy defending Trump but rather arguing that the impeachment is too rushed and too divisive to be worthwhile.

House GOP Leader Kevin McCarthy, a close Trump ally — who joined the effort to overturn some states’ election results — urged the House to reject impeachment as too divisive. But he also urged Trump to “accept responsibility” for his role in the mob violence.

The vast majority of the House GOP Conference fought back against the impeachment, repeatedly arguing that their party faced a “double-standard,” with Democrats’ calls for confrontation and pressure on lawmakers given a pass while Republicans’ rhetoric was treated as dangerous.

The vote also comes amid what federal authorities say is an unprecedented investigation that could result in charges of “seditious conspiracy,” in addition to felony murder. And for many lawmakers who endured the attack, their fears for their own safety remain raw, and some Democrats are publicly accusing their GOP colleagues of potentially abetting the invaders.

The House has already impeached Trump once, a nearly party-line vote in 2019 to charge the president with abusing his power and obstructing congressional investigations.

Wednesday’s vote is among the first of the entire 117th Congress, and multiple freshmen on both sides made their first-ever floor speeches during the impeachment proceedings.

Democrats say the charge against Trump stems from his remarks to the crowd of supporters on Jan. 6 who followed his direction and marched on the U.S. Capitol. The crowd then turned violent, pushing past police perimeters and forcing their way into the seat of U.S. power, just as Pence was beginning the process of finalizing Biden’s victory. But the full arc of Trump’s role in the violence goes back months.

In the lone article, Democrats cite Trump’s refusal to accept his election defeat and his prolonged campaign to delegitimize Biden’s victory — via baseless claims of fraud and misconduct — as the seed of the Jan. 6 insurrection. They also reference Trump’s Jan. 2 call to Georgia Secretary of State Brad Raffensperger, urging him to “find” enough votes to help reverse Biden’s win in the state.

A handful of Senate Republicans have indicated they believe Trump committed impeachable offenses, but they have hedged on whether to support the House’s article.

After Wednesday’s vote, Congress will also begin to confront even thornier questions about whether to sanction members in their own ranks who delivered similarly incendiary remarks to the crowd that stormed the Capitol.

But for now, House leaders are focused on impeachment and questions of what’s next — including when the Senate would begin its trial. McConnell’s office informed Senate Minority Leader Chuck Schumer on Wednesday that he would not consent to reconvening the Senate for an emergency session, making it highly unlikely a trial would start before Jan. 19, a day before Biden’s inauguration.

Democratic leaders had initially debated delaying sending the article of impeachment to the Senate so it wouldn’t interfere with the first days Biden’s agenda. But that no longer appears to be on the table.

“My thinking is it will be sent over as soon as possible,” Hoyer said Wednesday. “We think this an issue of great urgency and it ought to come in now.” 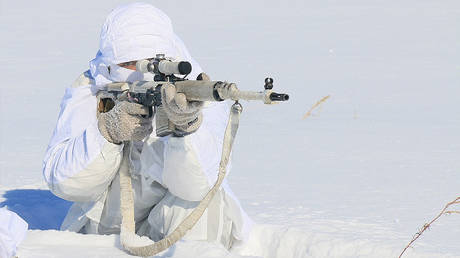 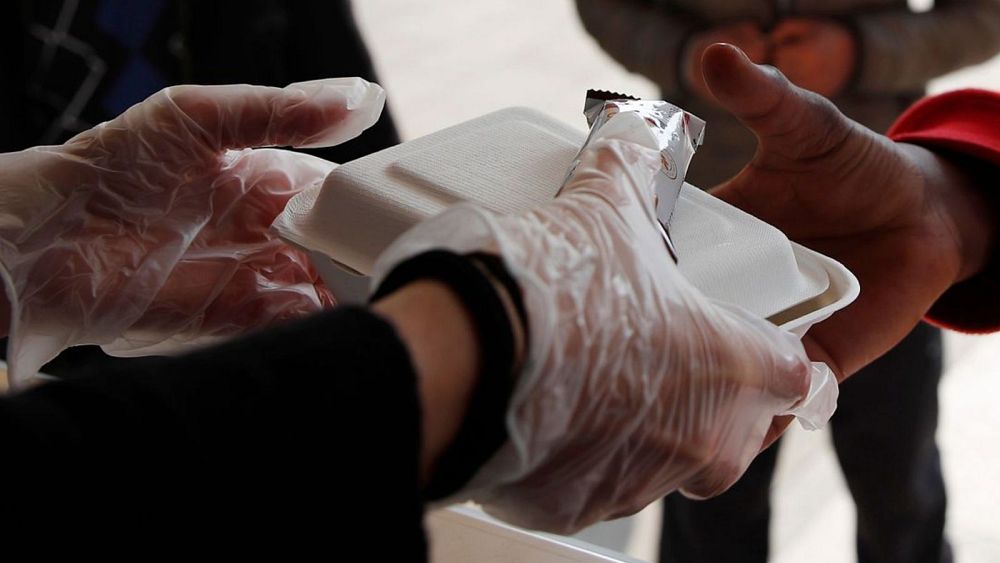 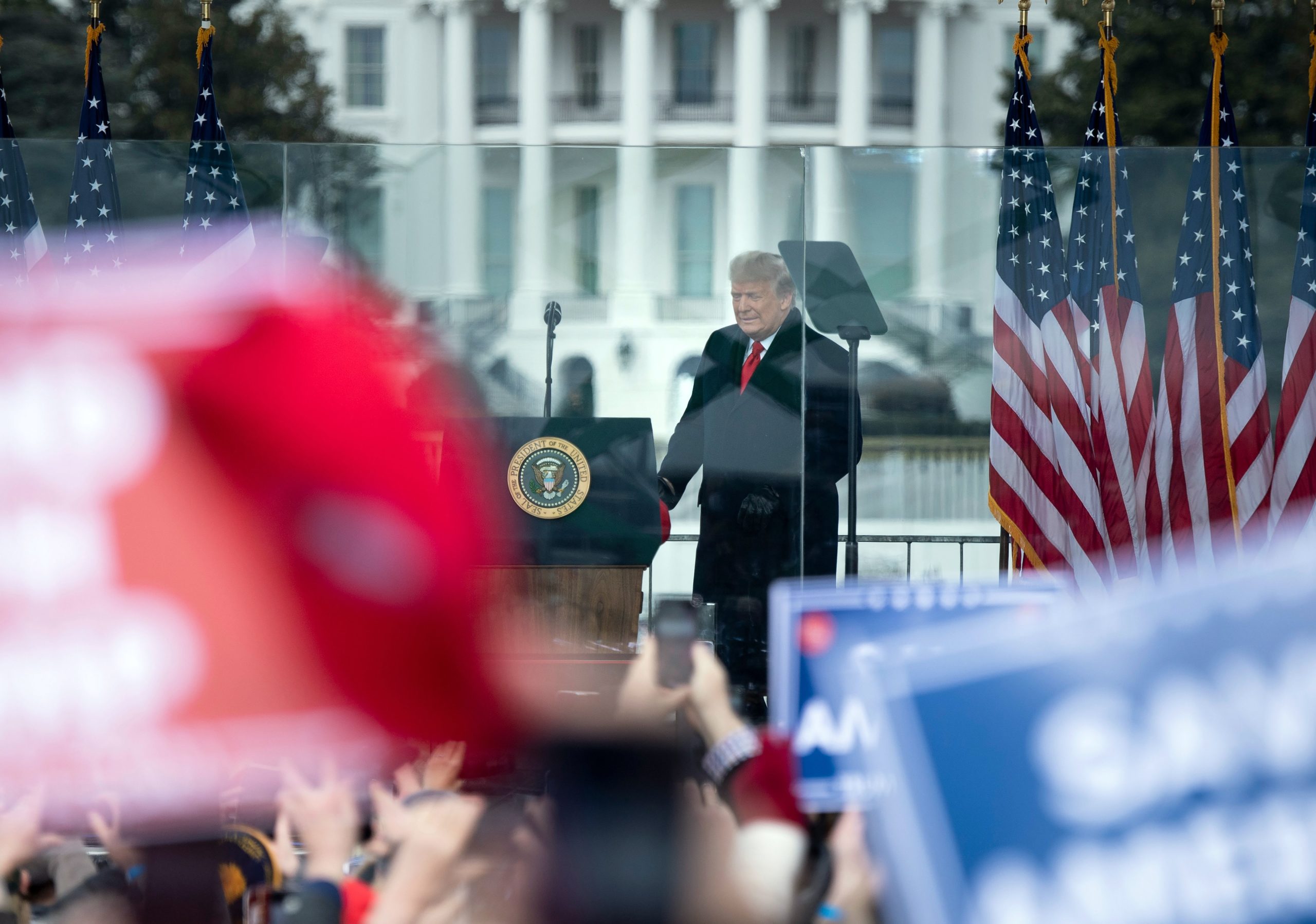