More than 45,500 years ago, perched on a ledge at the back of an Indonesian cave, an artist was at work.

Today, these and other preserved paintings have been brought to light in the journal Science Advances.

The research team behind the find, led by archaeologists at Griffith University and the Indonesian National Archaeological Research Centre, suspect a modern human — Homo sapiens — was responsible for the rock art, which may be the world’s oldest known example of an illustration depicting real and recognisable objects.

Aside from being “breathtaking”, such examples of rock art are also helping paint a picture of human habitation and movements through Asia to Australia, according to study co-author and Griffith University archaeologist Adam Brumm.

While the dating technique used put a minimum age on the paintings of 45,500 years, they could be much older.

And while we don’t know if the artist (or artists) behind the pigs was an ancestor or descendent of a group that made it to Australia, Professor Brumm said “with further work we expect to push back the age of rock art and other human habitation in this region of Sulawesi and nearby islands maybe back to 65,000 years ago, or even earlier”.

Sulawesi: a wealth of rock art

The southern region of Sulawesi is rich in rock art, with the first examples uncovered in the 1950s.

Archaeologists at the time assumed they weren’t very old — 10,000 years, tops. The humid tropical environment was thought to quickly weather the limestone walls of caves in the area and destroy any rock art with it.

Parts of the paintings were covered in a thin, hard, translucent layer of calcite, deposited when mineral-rich water dribbled down the rock wall. Also in the mix were trace amounts of uranium.

In 2014, Professor Brumm was part of a team that used a technique called uranium series dating to calculate the age of these calcite layers over a hand stencil.

They found the painting beneath had to be at least 39,900 years old.

“To find these paintings on the opposite side of the world challenged the prevailing views of the origin of sophisticated cave art traditions.”

In the years since, he and others have discovered and dated more complex rock art in Sulawesi and surrounding islands, including the earliest hunting scene in prehistoric art.

At a minimum of 43,900 years old, the hunting scene included the oldest known animal rock art — until now.

The new warty pig paintings reported today were found in 2017 in a cave called Leang Tedongnge, which is tucked away in a secluded valley not too far from the city of Makassar.

When Griffith University’s Max Aubert collected calcite samples from the cave, he became the first Westerner to set foot in the valley.

“It’s quite amazing to go there,” Professor Aubert said. “It’s about an hour’s walk, so you walk up the mountain, then you walk down the other side, and the path becomes narrower and narrower.

“Then you go through a cave passage and end up in this pristine valley.”

From these samples and subsequent visits, Professor Aubert and his colleagues calculated the pig paintings were at least 45,500 years old.

They also analysed another set of animal paintings and hand stencils in a nearby cave called Leang Balangajia, which were found in 2018, and calculated they were at least 32,000 years old.

Damien Finch, whose PhD at the University of Melbourne explores precise dating techniques for Australian rock art, said even though the paper used just one dating technique, the results were consistent with other analyses from the surrounding area.

“We’re often looking for trends or a body of evidence, and that’s what matters and what they’ve achieved here,” said Mr Finch, who was not involved with the study.

And while the dates are minimum ages, the researchers may soon narrow down the age of the paintings even further with the help of Renaud Joannes-Boyau, a geochronologist at Southern Cross University.

Current uranium series dating gives an age for the youngest part of a calcite layer — the very top layer — but the layers beneath could be much older.

Dr Joannes-Boyau, who was not involved with the initial discovery, is installing an instrument that could use a laser to blast off a very small amount of calcite from the oldest layers directly over the painting, and date only those.

If the technique proves effective, it could nail down a more precise minimum age of the rock art.

What’s with the warty pigs?

So the question remains: what does the painting mean?

It’s pretty much impossible to find out, but Professor Brumm speculates that it portrays a social interaction.

Sulawesi warty pigs (Sus celebensis) are endemic to the island and live in groups of roughly four to nine.

“The warty pigs on the right seem to be engaged in some sort of fight — there’s a sense of dynamic movement where one seems to be leaping into the air.

“Whereas the other pig seems to sitting off to the side a bit and cautiously, in my opinion, observing what’s going on.”

The painting could be evidence that early modern humans observed and understood animal behaviour, he added.

And while we don’t know its meaning, “it’s one of the most complete ancient animal paintings we’ve ever found, and is another example of the sophisticated stylistic convention that they used to depict animals.

Rock art provides the most information about the humans that lived in Sulawesi.

Archaeologists have found stone tools in the area, but “each picture really does tell a thousand words”, said Kira Westaway, a geochronologist at Macquarie University who was not involved in the study.

“So that’s what makes this really significant — the fact that is filling in the information that we’re not really getting in excavations.

“It’s a lot harder to extract information from stone tools than from somebody drawing a lovely picture on the wall.”

How those early modern humans honed their artistic skills is another mystery yet to be solved, Dr Joannes-Boyau said.

“Then we have very few remains until around 70,000 years ago, when they got out of Africa. So what were they doing for all those thousands of years?”

Early modern humans probably started developing their art on trees, Dr Joannes-Boyau added, but “we can’t find remains from forests — only in places where it’s quite dry.

Unfortunately, the pigs in the stand-off are already starting to crumble away, and the COVID-19 pandemic put a stop to field work expeditions in 2020, but Professor Brumm is keen to get back out there once it’s safe.

“At this stage, we haven’t been lucky enough to find much earlier than 45,000 years, but we think they’re out there,” he said.

“And we’re going to keep looking for them.”

Key Steps That Led to End of Apartheid 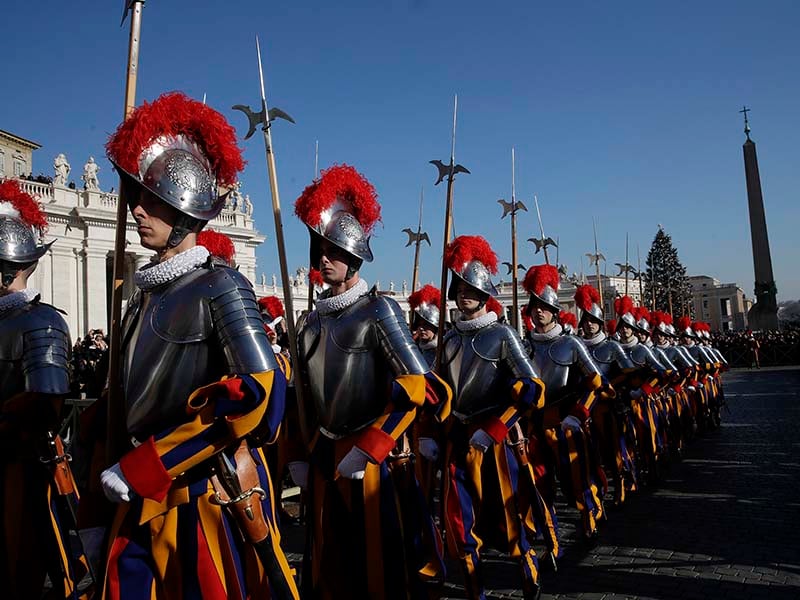 What Christians can learn from Indian Sikh farmers’ desperate protests 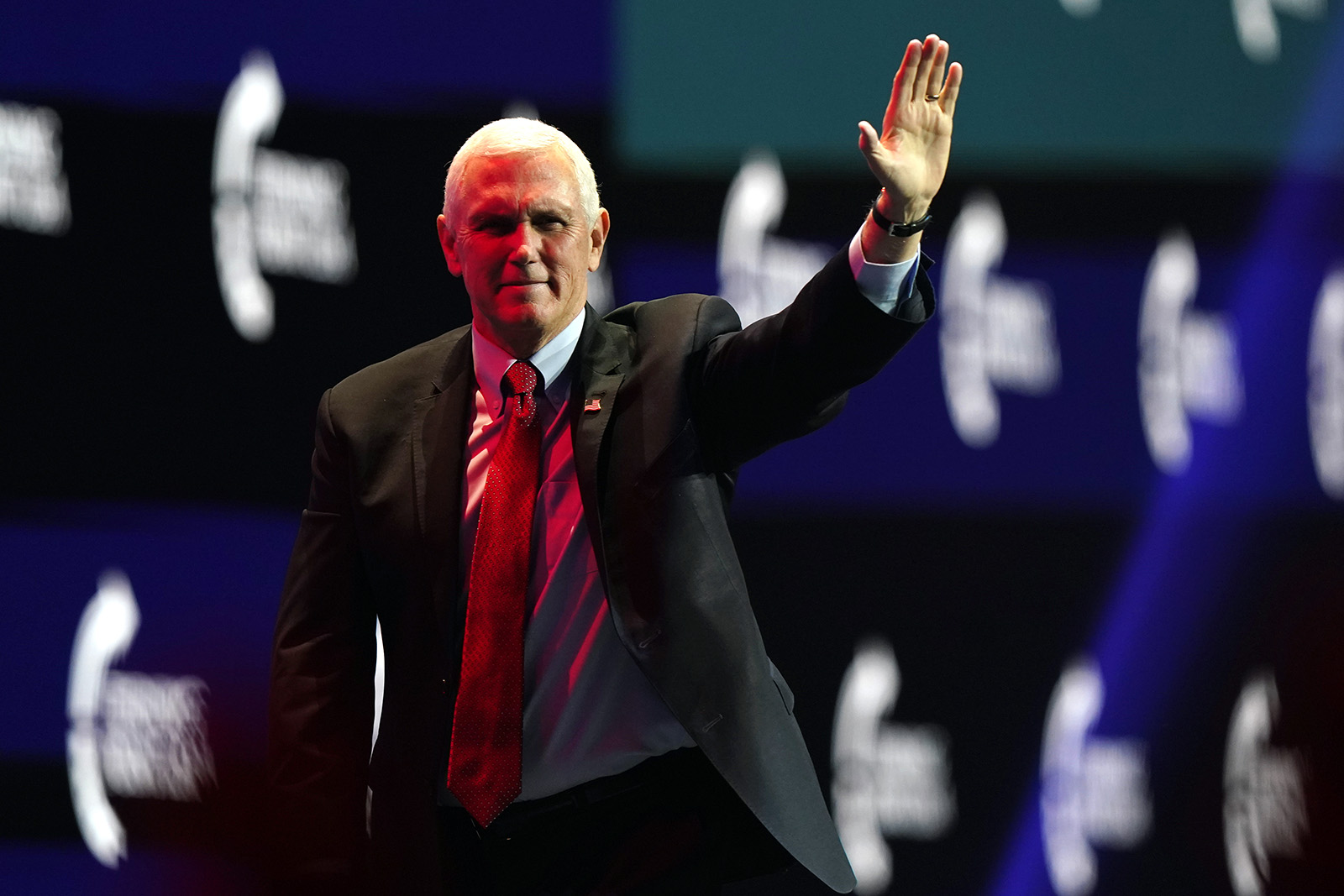 Evangelicals had ’24-karat-gold’ man in Mike Pence. Loyalty may tarnish that legacy.