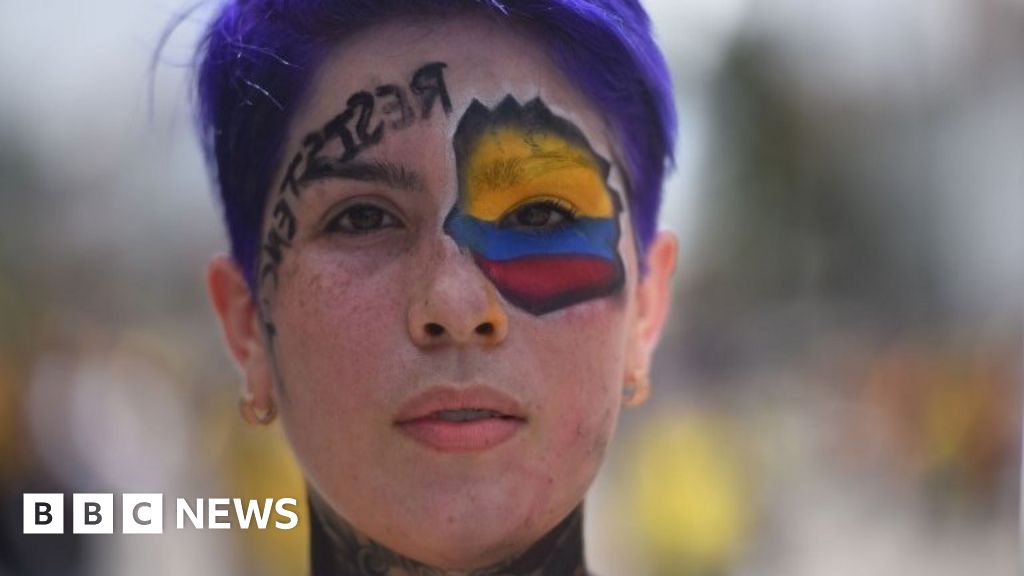 The UN said it was particularly shocked by events in Cali on Monday, where it said police had fired on protesters.

It said that fatalities had been reported but it not yet been able to verify how many.

On Monday, Colombia’s ombudsman said at least 19 people had died during a week of unrest over proposed tax reforms.

The ombudsman’s office had at first put the number of those killed since the protests started at 17, but later revised that number upwards to 19. But that was before the fresh clashes which happened overnight in Cali, Colombia’s third largest city.

Marta Hurtado, a spokeswoman for the UN High Commissioner for Human Rights, said the UN had received reports of human rights defenders being harassed and threatened as well as protesters being injured and even killed in the city.

“What we can say clearly is that we have received reports, and we have witnesses, (of) excessive use of force by security officers, shooting, live ammunition being used, beatings of demonstrators and as well detentions,” she told reporters in Geneva.

People also took to the streets on Monday in the capital, Bogotá, in Colombia’s second largest city, Medellín, and in the northern city of Bucaramanga.

What kicked off the protests?

When the protests started on 28 April, they were mainly in opposition to a now shelved tax reform.

The government argued that the reform was key to mitigating Colombia’s economic crisis. Its gross domestic product (GDP) dropped by 6.8% last year, the deepest crash in half a century, and the coronavirus pandemic has further driven up its unemployment rate.

The proposed reform would have lowered the threshold at which salaries are taxed, affecting anyone with a monthly income of 2.6m pesos ($684; £493) or more. It would also have eliminated many of the current exemptions enjoyed by individuals, as well as increasing taxes imposed on businesses.

It caused outrage among Colombians already battered by the pandemic and the protests were joined by many middle-class people who feared the changes could see them slip into poverty.

Why are people still on the streets?

Even though President Iván Duque announced on Sunday that he would withdraw the tax reform, protests have continued in Colombia’s major cities.

The umbrella group which called for last week’s protest has convened a fresh nationwide strike for Wednesday, saying that the withdrawal of the tax reform was not enough and that it also wants improvements to Colombia’s pension, health and education systems.

But many of those who have taken to the streets since the president announced his u-turn on the tax reform said they were angry at the use of force by the security forces. More than 800 people are reported to have been injured in clashes between the police and demonstrators.

Police officials say that in many cases it was their officers who were attacked as they tried to prevent “criminal elements” from looting stores and torching buses. They say hundreds of officers have been wounded and at least one killed.

Colombia’s defence minister said illegal armed groups had infiltrated the protests and were to blame for the demonstrations descending into chaos and vandalism.

It is not the first time that anti-government protests have turned deadly in Colombia.

In 2019, there was outrage when teenage protester Dilan Cruz died after being hit in the head by a police projectile.

And in September last year, at least seven people were killed in protests triggered by the deadly tasering of a man by police in the capital, Bogotá. 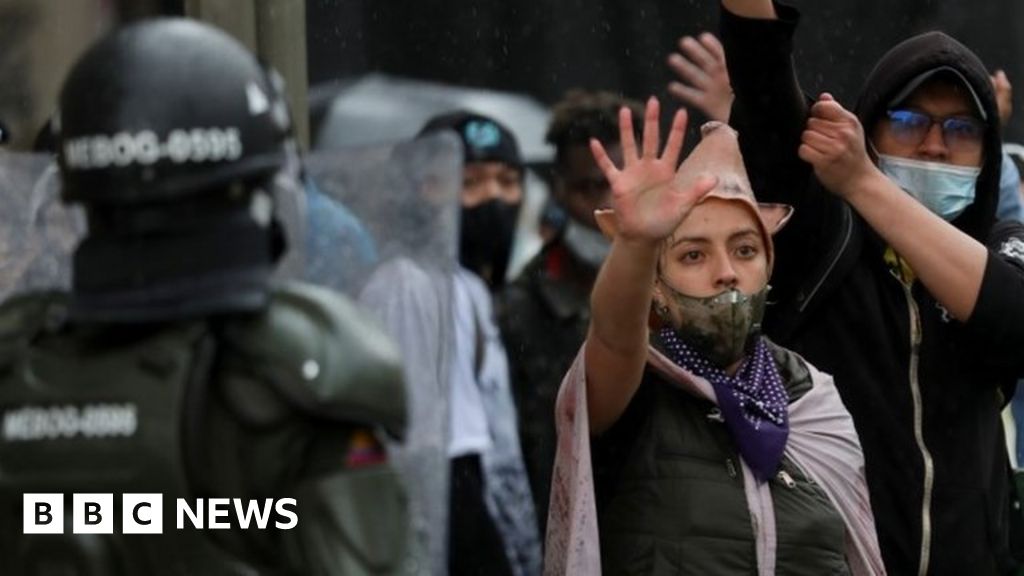 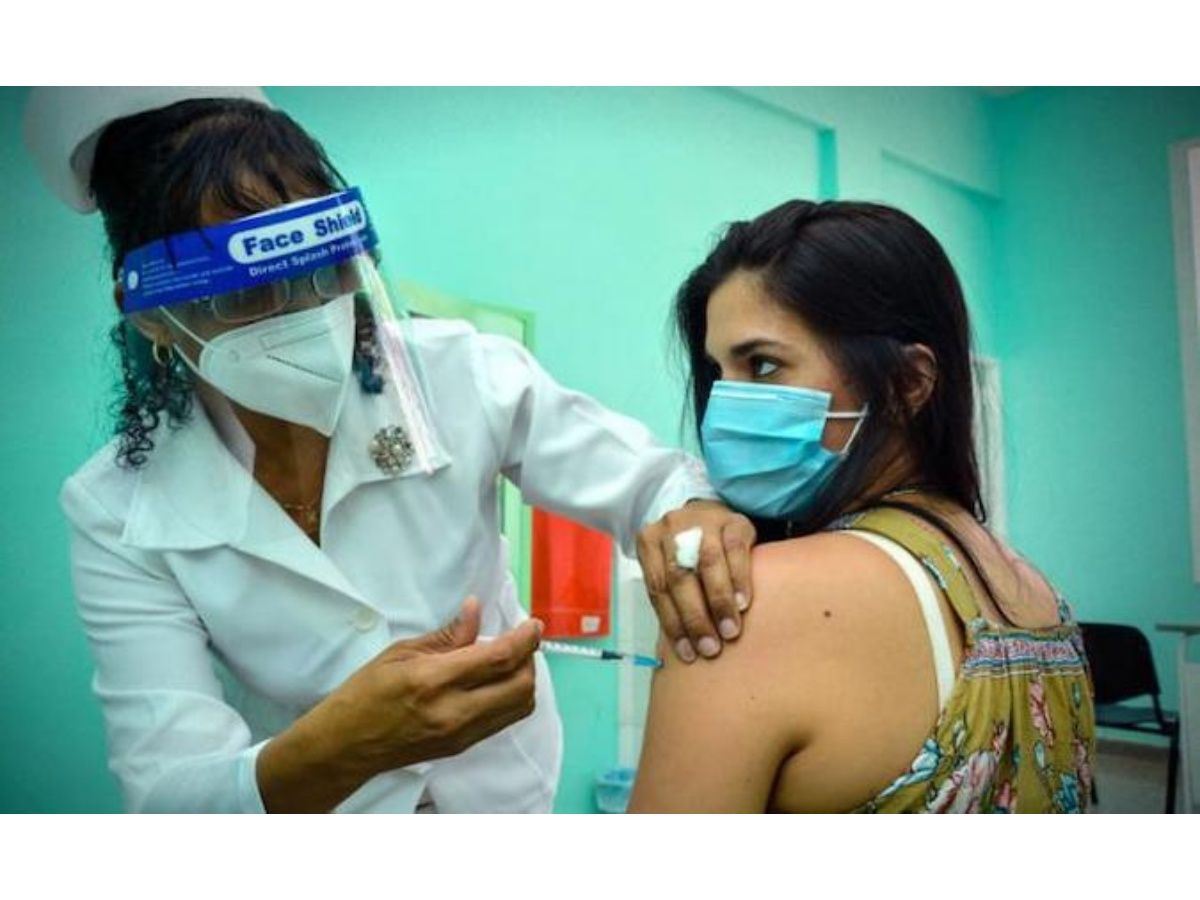 Workers in Argentina may return to on-site duty after one dose of any covid-19 vaccine, authorities rule 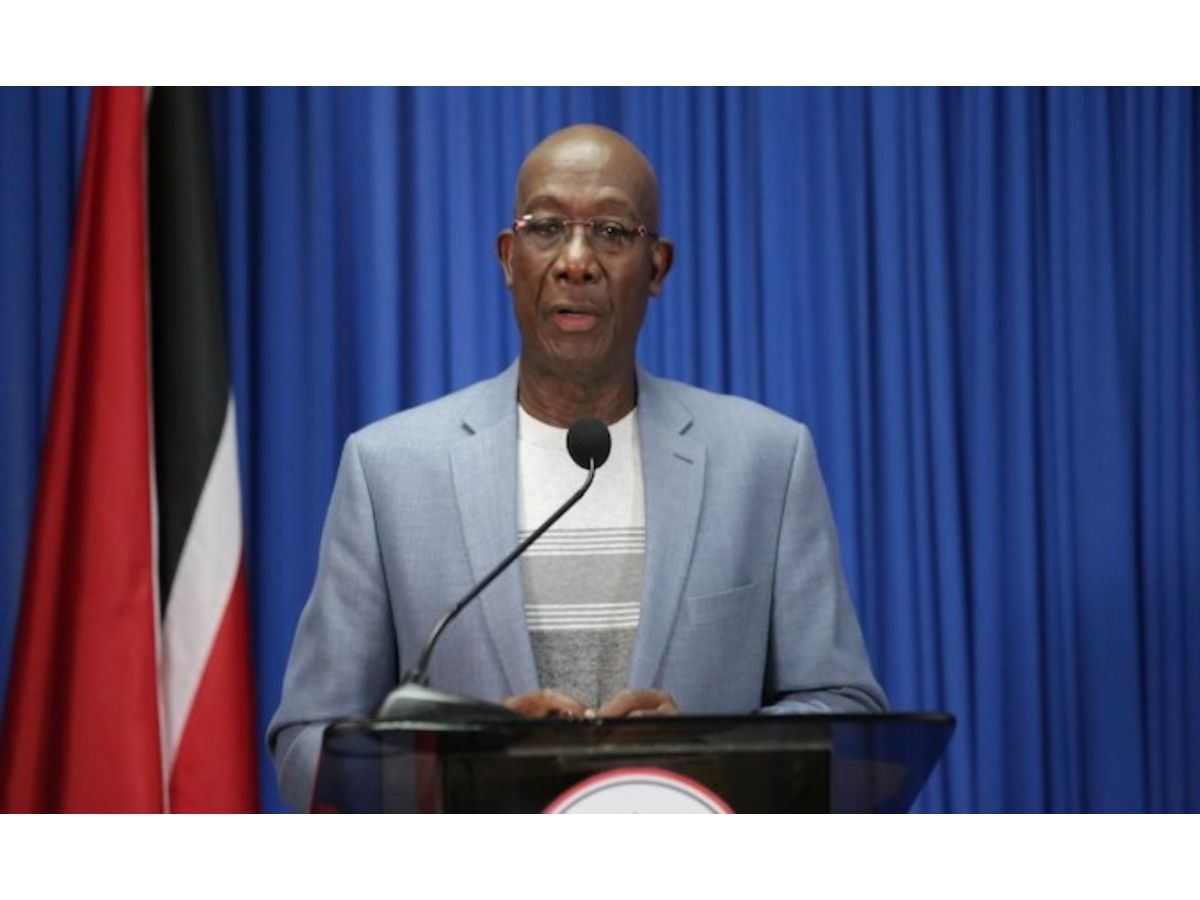 Trinidad Strengthens Lockdown Due To Increase in COVID-19 Cases