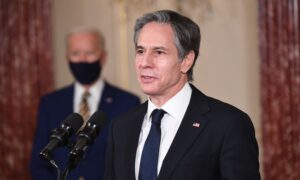 After little over month in office it remains a mystery whether the president and his senior collaborators are earnestly baring their innermost thoughts about the foreign and strategic policy the new administration intends to pursue, or are pursuing the authentic interests of the United States, while taking advantage of the abrasions caused by the previous administration to try to put a more conciliatory facade on a policy that is only marginally different.

Because of the surrealistically nasty presidential campaign and the even more fraught post-election interregnum, the Biden administration tried to sell itself to the American public as a government that could pursue America’s legitimate ambitions in the world much more successfully than its predecessor by a more emollient approach to other countries.

There is plenty of precedent for this sort of transition. The Eisenhower administration came to office in 1953 promising the “liberation” of all of Eastern Europe. A “New Look” was attached to defense policy which meant that the United States demobilized hundreds of thousands of conscripted servicemen and increased its nuclear strike capability, with the implication that almost any trespass on the worldwide boundaries of what the United States regarded as its national security interest would be greeted with an overwhelming deluge of hydrogen bombs.

The nuclear threat by Eisenhower secured the cease-fire that still is in effect in the Korean Peninsula after two years of fruitless negotiation by the preceding Truman administration. Yet when the leaders of the world’s great powers meant at Geneva in 1955 for the first time since the Potsdam conference between Truman, Stalin, and Churchill and Atlee in 1945, despite all the Republican posturing about Roosevelt and Truman having given away too much to Stalin, Eisenhower began the session by demanding that the USSR abide by the joint pledge to withdraw from the liberated European states after free elections in each country.

The Western Allies did so within a few months of the end of the war in Europe in all of the countries they liberated. (The small Baltic countries that had been governed by Russia from Peter the Great’s time until 1918 were left to Stalin and Germany were a special case with demarcated Allied occupation zones.)

When John F. Kennedy was inaugurated in 1961, it was a new generation, and clear nuclear superiority gave way to a concept of agreed Mutual Assured Destruction: the United States would sit still while the USSR achieved rough nuclear parity to facilitate an agreed permanent status quo. The possibility of conventional wars was implicitly accepted and entry into the Vietnam War eventually resulted. It involved 500,000 American conscripts in jungles as far away from America as it was possible to be, fighting for an objective short of victory in a struggle that was not adequately explained to be in the national interest.

When Richard Nixon was elected in 1968 it was on an undisclosed plan to leave Vietnam without being defeated and to regain nuclear superiority. He strengthened South Vietnamese forces sufficiently that they were able to defeat the North Vietnamese and Vietcong in April 1972 without ground support from the United States, though with heavy air support.

Nixon triangulated great power relations and gained Chinese and Soviet support for the peace that he had designed and regained what he diplomatically called ”nuclear sufficiency” by negotiating a Strategic Arms Limitations Agreement (SALT 1), in which American multi-warhead intercontinental ballistic missiles were counted as single weapons.

In a script no Greek tragedian could have imagined, the Democrats, who had pushed the United States into Vietnam and then abandoned their own leader, Lyndon Johnson, exploited Nixon’s mismanagement of the Watergate affair to vaporize his executive authority and ended all aid to South Vietnam, ensuring its defeat in the war for which Nixon had produced a formula for survival of a non-Communist regime in Saigon and an honorable withdrawal of the United States.

President Reagan cleaned up the resulting shambles. His advocacy of a conventional antimissile comprehensive defense system (SDI) shattered the nerves of the Kremlin leadership and the Soviet Union and international communism disintegrated. The Cold War was satisfactorily over without a shot being fired or triumphalist noises being made.

The American political parties zigzagged back-and-forth over 40 years but without irreconcilable contradictions and towards a satisfactory outcome to which 10 presidents of both parties had contributed (FDR to George Bush 1).

In the seven terms between Reagan and Trump, America’s enemies settled upon terrorist outrages not easily traceable to individual nations as a method of getting under America’s guard and inflicting violence on the United States without provoking a declaration of war against an individual offending country such as after Pearl Harbor.

And China produced a new form of rivalry, undeclared and much subtler than the Nazi and Japanese and Soviet threats. President Trump was elected to counter that threat, shape up the Western alliance, most of whose 26 professed allies were complacently allowing the Americans to carry the burden of collective security, and to stop the drainage of American jobs to lower wage economies in the name of egalitarian economic globalization. Though his policies were generally approved by voters last year, his combative personality and his declared animosity to the entire political establishment including all factions of both parties led to his (contested) defeat last year.

The question to be determined is to what extent the new president and his senior collaborators believe this bunk about cooperating with China on climate change and with Iran in accepting its incipient status as a nuclear military power and an exporter of terrorism, as part of a benign plan to reintegrate that country into the civilized world; and to what extent the Democrats are merely putting a friendly face and vocabulary onto the continued pursuit of America’s national self-interest. The key is whether they will relinquish their confected fear of Russia and avoid pushing that country into the arms of China.

Joe Biden has always appeared to be a traditional American patriot and not someone who buys into the Obama line that the United States is part of the world’s problems, as well as the potential source of the solution.

While he is resurrecting the policies and personnel of his former chief, if it is up to him, he can probably be relied upon to defend the West and the broader concepts of human rights and the market economy eventually, however compromised they are at home by the socialist platform Biden theoretically stands on. But the period of waiting for the Biden administration to show its teeth, like the three years before the Carter administration came to its senses with the Soviet occupation of Afghanistan, will probably be very agonizing.

Conrad Black has been one of Canada’s most prominent financiers for 40 years, and was one of the leading newspaper publishers in the world. He’s the author of authoritative biographies of Franklin D. Roosevelt and Richard Nixon, and, most recently, “Donald J. Trump: A President Like No Other,” which has been republished in updated form.

Refriended in Defeat: Australia Strikes a Deal with Facebook 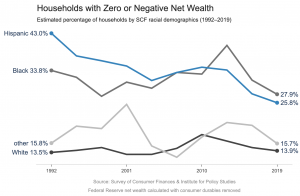 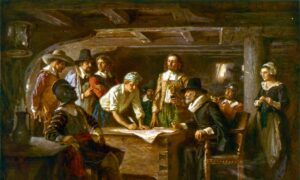 The Lost Art of Association