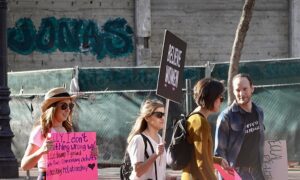 Shortly after being sworn-in, he fired seven of our most experienced prosecutors that he no longer wished to employ. He took action to empty our jails under the guise of ending mass incarceration, then proudly proclaimed our city’s incarceration levels are “at their lowest.” But San Francisco didn’t actually have overcrowded jails, not by a long shot. Voters simply bought the lie.

Under Boudin, drug dealers, a major identified influencer in homelessness, have become a protected class. Calls for jailing these dealers fall on deaf, defiant ears. Word on the street, from police officers, from homeless, and from drug addicts, is the majority of dealers of fentanyl, meth, heroin, and more are Honduran. This used to be a well-kept secret, but no more; In a recent town hall meeting, the rebel DA reluctantly admitted this fact to zoom viewers. He has made it abundantly clear his department will take no action and will instead continue to permit dealers to operate in a nearly 24-hour open drug market right in the center of San Francisco.

Enter the Feds. After months of public outcry amid stubborn DA office’s pushback, the FBI, DEA and Homeland Security have begun arresting and charging dealers on the federal level with dealing, drug possession, firearms possession, stolen goods and cash. Applauding the efforts are the city’s residents- families, children, and elderly of the Tenderloin District, San Francisco’s ground zero for unrestrained dealing.

A campaign promise from last year summarizes Boudin’s plan well: He stated he would never want to see children grow up with a parent incarcerated. Clearly, this can be explained by his own upbringing through foster parents, since his own were imprisoned for domestic terrorism.

Our once-stellar city is suffering with violence enabled by a social experiment gone terribly awry, at the expense of taxpayers and tourists. black on Asian violence is rising. A wave of beatings of elderly Chinese residents is going unpunished but not unnoticed, as the local Twitterati post disturbing videos of puffy and bloodied Chinese faces. Boudin barely flinches.

San Franciscans witness the absurdity of Boudin’s reign when he recently proclaimed he will establish a fund to compensate victims of police brutality (but how many incidents occurred here?). He removed the “gang enhancement,” whereby affiliation in a gang results in harsher sentences for the accused. He has suggested the city reimburse car owners when their windows are smashed. (it’s taxpayers own money paying for this). Street crime is skyrocketing with Boudin proclaiming he will not prosecute, leaving the police department’s hands tied and frustrated amid public outcry and disbelief. Those arrested are simply let go, with no cash bail (another Boudin effort), released back to the streets only to commit crimes once again.

The DA’s office produced a disingenuous report that year-on-year crime dropped twenty three percent overall, yet increases in certain categories, like homicides (up 42 percent), burglaries ( up 43 percent), vehicle theft (up 30 percent)  and arson (up 45 percent),  have dramatically added to San Franciscans’ angst.

City Hall’s elected officials, aligned politically with Boudin and his cause celebre, bear some blame as well. The city council’s left and lefter board members don’t want to rock his boat, though the eleven members certainly get an earful from the disgusted public. Complicating the matter is the realization that Boudin, as an elected official, cannot be fired. He would have to voluntarily resign or be recalled (the drumbeats for this are now growing louder each day).

How did this happen in the first place? San Francisco has no requirement a candidate for district attorney have any experience working in the highest law enforcement office. Boudin had never worked in the DA’s office. He had never prosecuted a criminal case. In short, he took advantage of this gaping loophole in city policy and just walked right in.

So, what to do? As an elected official,  District Attorney Boudin cannot be fired, but as the crime, filth, and danger is spiking, and our retail shops are famously in a state of constant looting, such heinous and appalling acts are being caught on video with more frequency. Pressure is mounting on leadership. San Francisco’s residents therefore need the mayor to condemn Chesa Boudin. Joining her must be at least a few of the eleven members of the city council. We have seen the DA draw the ire of SF Police Department officer’s union, continuously scorning and furious with his catastrophic soft-on-crime tactics.  At this point, this could be just a local’s dream, however as more and more businesses flee, tax revenues drastically fall, and San Francisco’s good citizens increase the volume of outrage, perhaps we are seeing the tables turn on Boudin’s failed scorched-Earth “new style of justice.”  This should serve as a warning and a lesson to voters around the country.

Nelson: The leader who puts current British leaders to shame New York City in the Time of COVID: Tragedy and Farce