Keira Bell had always been a tomboy, but in her early teens she felt it intensely. She was, as she puts it today, “not fitting into the stereotype that girls are supposed to fit in,” and she became seriously depressed. Then, watching YouTube videos, Bell found what seemed to be the answer: She was in the wrong body. Looking back, she says, she had a teenager’s absolute certainty: to be happy, she needed to transition to a male body.

In the last few years, stories like Bell’s have provided the emotional impetus for vast legal and cultural change around the world. To take a few recent examples: in November, India streamlined “gender self-identification,” making it easier to change sex. The following month, Swiss lawmakers voted to do the same. The Argentinian soccer league recently welcomed its first transwoman. Joe Biden has promised to expand transgender rights, which he believes is “the civil rights issue of our time.” Around the world, the direction of travel seems clear.

But one country is bucking the trend. After years in which the trans-rights movement seemed unstoppable, Britain has put the brakes on. The government has abandoned a proposal to streamline “gender self-identification.” Bien-pensant opinion has become more skeptical. Whistleblowers from the medical world are speaking out. And in December 2020, the country’s only gender identity clinic for under-18s suffered a major legal defeat. It was about what happened next to Keira Bell.

At 16, Bell first went to the Gender Identity Development Service in London. GIDS is based at the Tavistock clinic, a venerable institution which once hosted a celebrated lecture series by Carl Jung. But today the Tavistock is known less for its place in the history of 20th-century psychiatry than for a single acronym: PBs.

The drugs known as “puberty blockers” are often prescribed to children like Bell who are struggling with their gender identity. As the name suggests, they halt the normal physical development of adolescence. In theory, the drugs are just a holding measure: they allow young people to work through their conflicted feelings, a “pause to think.”

But the case at the High Court in London, which concluded in December, raised two pressing questions about PBs. First, what physical effects do they have? Official National Health Service guidance admits that “little is known about the long-term side effects.” Second, what is the actual practice regarding PBs? Despite the “pause to think” theory, the vast majority of teenagers who take PBs will later move on to cross-sex hormones, whose effects are unquestionably serious.

It happened to Bell, who also had a mastectomy aged 20. Over time, she began feeling, as she told the court, “like a fraud.” Bell “began to feel more lost, isolated and confused than I did when I was pre-transition.” Now age 23, she is living as a woman again—but as she puts it, with “no breasts, a deep voice, body hair, a beard, affected sexual function, and who knows what else that has not been discovered.”

And so the judges drew up a new, strict legal framework. Under-16s, they ruled, are unlikely to be able to give legal consent to PBs. Even with 16- and 17-year-olds, a clinic that wants to prescribe the drugs may need to seek a court judgment.

Although the judges, and Bell herself, stressed that the judgment only dealt with a narrow question—consent to PBs—its implications were momentous. The Tavistock clinic was a pioneer in the trans movement; those who gave evidence on its behalf were experts in the field, justifying what had become standard practice in treating teenagers.

The importance of the case was shown in the seniority of the judges who heard it: Dame Victoria Sharp, the president of the Queen’s Bench Division (as prestigious as it sounds), and Sir Clive Lewis. The third judge, incidentally, was Lady Justice Lieven, hardly a stick-in-the-mud right-winger: she is perhaps best-known for an extraordinary decision (later overturned) ordering that a mentally disabled woman be given an abortion against her will.

So this was a judgment of some weight, from legal figures who could not be accused of knee-jerk conservatism. And, confronted with evidence from the trans-rights world’s leading experts, the judges decided that the standard practice had to be halted.

It wasn’t just the verdict that mattered, but the tone of the judgment: the judges repeatedly expressed surprise at how little was known about these novel treatments. On vital subjects—for instance, the age of those treated and their mental health history—the court’s requests for information were met with the blank response that the data wasn’t available.

As one newspaper put it, the case raised “serious questions” about the clinic’s practice as a whole, and the judgment “casts doubt on the gender-affirming model of treatment for children who present with gender dysphoria.” Those were the words of the Observer, Britain’s most reliably left-leaning Sunday paper. The Economist, another bellwether of respectable opinion, headlined its response: “Other countries should learn from a transgender verdict in England.”

The case was not the only recent setback for Britain’s trans-rights campaigners. The Conservative government had consulted on making it possible to change sex on one’s birth certificate without a medical diagnosis. In September, the equalities minister Liz Truss announced that they would keep the safeguards in place.There has also been a cultural shift. J.K. Rowling may have faced a backlash for her trans-skeptical comments, but the spectacle of Britain’s most successful author speaking so frankly has galvanized a movement that already included some well-known academics and pundits. None is more eloquent than the Times columnist Janice Turner, who warned in 2017 that “the trans lobby, abetted by a cowed LGBT movement and deluded politicians, are prepared to sacrifice the wellbeing of children.” The British media’s tradition of frank, even raucous debate has, in this instance, helped to make an open discussion possible.Feminist writers like Rowling and Turner have done much to alter what Rowling calls a “climate of fear” around the debate. So has the testimony of whistleblowers. A former Tavistock employee, a clinical nurse, has claimed that the clinic rushed to affirm teenagers in a new gender identity, “based on political pressures and fears of litigation, rather than what would be clinically, professionally appropriate.”

Tavistock has defended its practice, but the criticism has been relentless. One former governor publicly accused the clinic’s leadership of an “overvalued belief” in its gender-development services, “which is used to dismiss challenge and examination.” Another ex-governor wrote in an internal report that its services were “not fit for purpose.” Between 2016 and 2019, 35 psychologists resigned from the clinic.

Progressive writers have frequently asked “how transphobic discourse has become so mainstream in the UK” (Slate), why “there’s a clear lineage of transphobic thought in [Rowling’s] native country” (Vanity Fair), and what accounts for “a worrying trend of anti-trans feminism in the UK” (Buzzfeed). None has suggested a really convincing answer.

Partly, no doubt, it is just down to the courage of the people mentioned in this article. Partly it is down to the sheer breadth of the movement. Social conservatives have been a minority; more significant are feminist groups like Woman’s Place UK and Fair Play for Women. Mumsnet, a popular online forum for mothers, became an unlikely locus of activism after campaigners shared their concerns on the website.

Admittedly, the feminist groups have mostly steered clear of the larger questions about trans identity—whether, for instance, it is really possible to be born into “the wrong body.” They have tended to focus on more practical issues (what will happen in women’s refuges, in changing rooms, in prisons?), on safeguarding children, or on the question of whether transwomen can truly “speak for women” if, for most of their lives, they have lived as men. In the long run, these concerns may not be enough to resist the passionate calls for trans equality.

Nevertheless, the events of the last year show that a movement can have a ready store of emotionally affecting stories to make its case, can have captured large parts of both major political parties, can appear to be on the “right side of history,” can have recruited any number of celebrities and social media influencers to its side—and can still lose.

Dan Hitchens writes the newsletter “The Pineapple” and is former editor of the Catholic Herald. He writes from London. 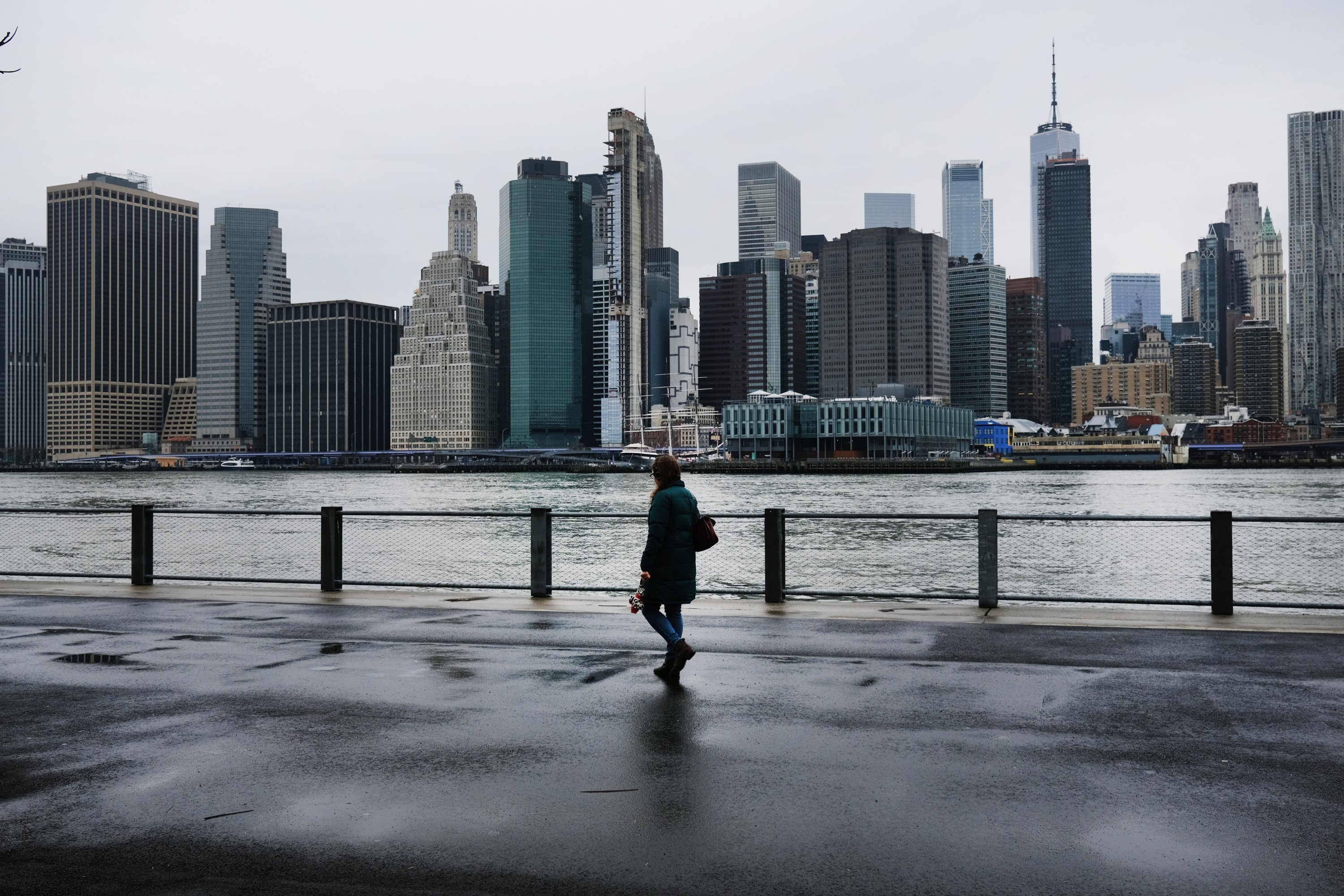 Ways for a strong comeback in the global economy

The Uneasy Alliance of Evangelicals and Conservatism