Even more Australian cricket stars trapped in Covid-ravaged India have been forced into isolation after a third IPL player tested positive to the virus.

The IPL has now announced the immediate suspension of the big-money tournament featuring many of the world’s best players.

Opening Australian Test batsman David Warner and his Sunrisers Hyderabad teammates have been locked down after one of their players, Wriddhiman Saha, returned a positive COVID-19 on Tuesday.

Less than 24 hours earlier Australian fast bowler Pat Cummins was sent into isolation along the rest of the Kolkata Knight Riders, after two players from the squad contracted the potentially deadly virus.

The IPL released a statement where it said it would work with player’s home nations to get them home safely, but Australia has a total ban on flights from the nation.

Sunrisers Hyderabad wicketkeeper-batsman Wriddhiman Saha returned a positive test on Tuesday, prompting all fixtures to be suspended with immediate effect.

They are the third team to be affected in the space of a few days after the Kolkata Knight Riders and the Chennai Super Kings.

With the Covid bio-bubble now breached in both Ahmedabad and Delhi, two of the venues currently hosting the Twenty20 tournament, the organisers took the decision to suspend matches.

It comes as India struggles to cope with the Covid-19 crisis as cases soared past 20 million and deaths approached 220,000 with the health system on the verge of collapse.

The English Cricket Board said it would wait and hear the IPL organisers’ plans to repatriate the players before taking further action.

It is not yet know if Australia plans to take similar action for its own players, with the borders shut with no exceptions to India.

Scott Morrison announced last week announced a controversial ban on all flights from India, making it illegal for citizens to fly home from the Covid-ravaged nation.

The Prime Minister even warned the 9000 stranded citizens could face five years in prison and a $66,600 fine for returning.

It is the first time in Aussies have been stopped from returning home under the threat of jail time.

Australian Cricketers’ Association chief executive Todd Greenberg told 2GB on the players are doing ‘fine’, despite the horrific scenes playing out across in India.

‘Both boys are fine, I spoke to Pat last night, they’re doing pretty well all things considered,’ he said.

‘There’s obviously a lot of anxiety about making sure they can get home safely and that’s obviously tricky given some of the government restrictions that have been put in place, too.’

There had been reports that organisers planned to relocate the entire tournament to Mumbai and complete it there, with the final pushed back into June. Mumbai currently has a lower Covid case count than other major Indian cities.

It follows the postponement of Monday’s game between the Knight Riders and Royal Challengers Bangalore in Ahmedabad after two Knight Riders players, Varun Chakravarthy and Sandeep Warrier tested positive.

They are believed to have been exposed to the virus, which is rampant across India, after leaving the bio-secure bubble to go to hospital for injury scans through the IPL’s ‘green channel’.

The crisis then deepened when a second team, the Super Kings, was hit by three positive tests. Chennai’s chief executive Kasi Viswanathan, bowling coach L Bulaji and a bus cleaner inside their bubble had all tested positive.

The Super Kings’ fixture against Rajasthan Royals scheduled for Wednesday has been postponed as a result.

IPL organisers are now working out how to safely return overseas players back to their own countries.

A statement released by the IPL read:  ‘The Indian Premier League Governing Council (IPL GC) and Board of Control for Cricket in India (BCCI) in an emergency meeting has unanimously decided to postpone IPL 2021 season, with immediate effect.

India is now reporting a seven-day average of more than 350,000 Covid cases (left), while the average number of deaths over the last week has risen to nearly 3,500 – which most believe is an under-estimate (right)

‘The BCCI does not want to compromise on the safety of the players, support staff and the other participants involved in organising the IPL. This decision was taken keeping the safety, health and wellbeing of all the stakeholders in mind.

‘These are difficult times, especially in India and while we have tried to bring in some positivity and cheer, however, it is imperative that the tournament is now suspended and everyone goes back to their families and loved ones in these trying times.

‘The BCCI will do everything in its powers to arrange for the secure and safe passage of all the participants in IPL 2021.

‘The BCCI would like to thank all the healthcare workers, state associations, players, support staff, franchises, sponsors, partners and all the service providers who have tried their best to organise IPL 2021 even in these extremely difficult times.’

The tournament being put on hold really comes as no surprise with India firmly in the grip of a Covid crisis.

The country surpassed the 20 million infection mark, adding 355,000 new cases on Tuesday, though this was a reduction from the 400,000 daily cases registered on April 30.

However, it is almost certain the true number of those infected and also deaths is considerably higher. There have officially been 222,000 deaths from the virus.

Hospitals, morgues and crematoriums have been overwhelmed as the country has reported more than 300,000 daily cases for more than 10 days straight. Pictured: Bodies of victims who died of Covid-19 are carried on stretchers before being cremated in New Delhi on May 2

A volunteer uses a pulse oximeter to check the oxygen saturation of a man’s blood before providing him oxygen support at a Sikh Gurudwara in Ghaziabad, India

IPL cricket is being played at a stadium directly opposite Delhi’s main Covid hospital, the LNJP, which is struggling to cope

The country’s health service is under severe strain with shortages of oxygen still reported in many major cities.

There had been fury in India at the decision to continue with the IPL season despite the mounting crisis in the country, where oxygen supplies in hospitals have run out and health infrastructure is on the brink of collapse.

In one hospital in the capital Delhi, 12 patients, including a doctor, died after oxygen supplies ran out on Saturday. Outside, some families are queuing for up to 12 hours to receive medical attention.

Some IPL matches are taking place at the Arun Jaitley Stadium in central Delhi, which is directly opposite the city’s largest Covid hospital – LNJP. 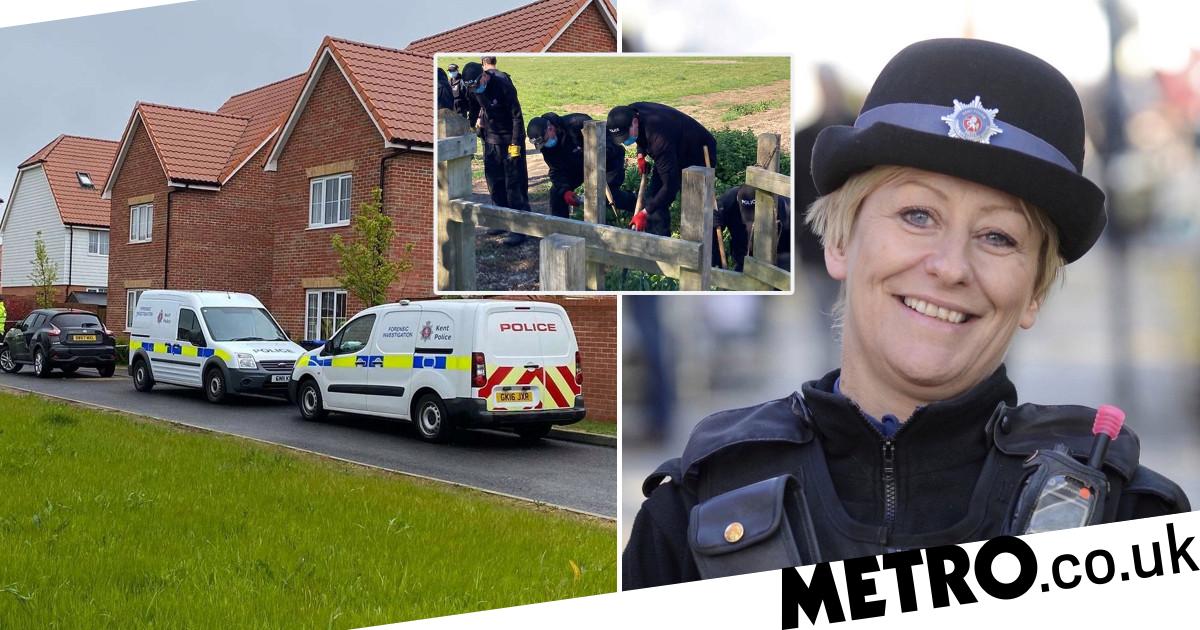