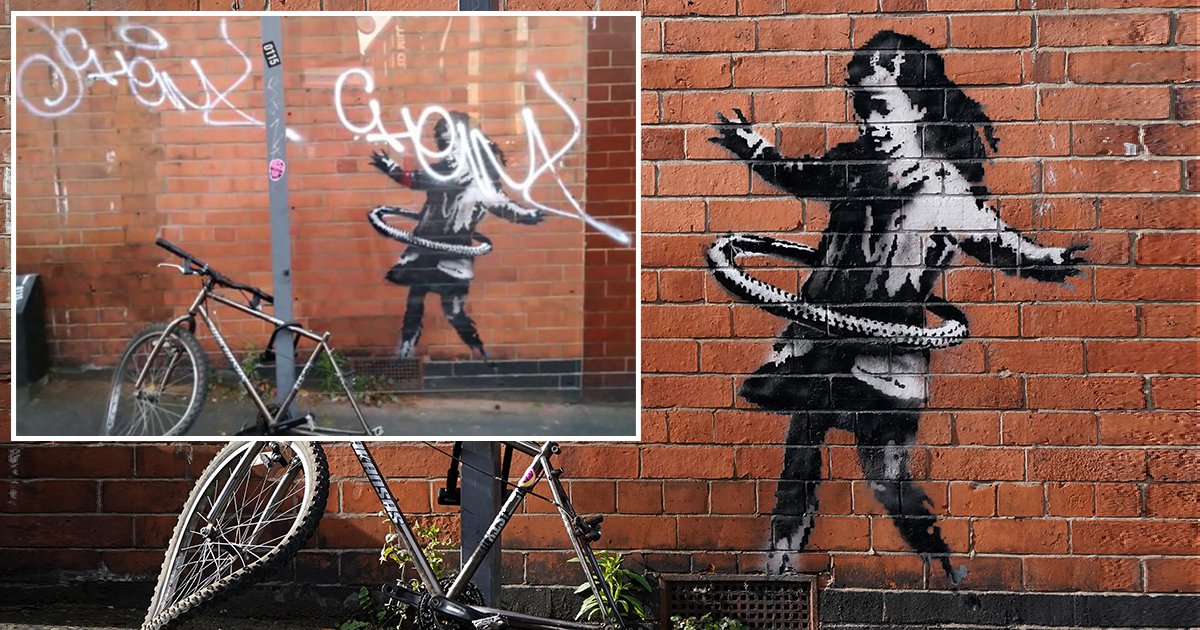 A mural of a little girl hula hooping with a bike tyre which mysteriously appeared on a red-brick wall in Nottingham last Tuesday has been confirmed as a Banksy original.

Sprayed in black and white, the mural of the little girl, on a street corner in the Lenton area, was placed behind a battered bike with a missing rear tyre chained to a lamp post with a bike lock.

However Birmingham-based artist, Itchers, who also goes by the name ‘Hers’, came forward yesterday to claim responsibility for the grafiti art.

According to Nottinghamshire Live, the 28-year-old artist repeated his claim to the artwork and says he ‘wants answers’ from Banksy on why he is trying to claim my work’.

He said: ‘I don’t know what to think about it, whether he is trying to help me out and show support or completely take credit for it.

‘I was a bit disappointed when I saw he is trying to claim my work, people I spoke to said I should take it as a compliment.

‘I just want answers from him, and I want to know why he is trying to claim my work.

I’ve got the copy of the stencil I used – it’s clearly mine.’

Surinder Kaur, 42, who runs the beauty salon next to the artwork, said the bike had appeared at the same time as the mural.

Despite Nottingham City Council’s efforts to protect the piece by placing clear plastic sheeting over it, Ms Kaur said vandals had already sprayed painted over the plastic two or three times.

She said: ‘Everyone is very excited and many, many people are coming to see the picture.’

‘Everyone was confused about whether it was real or not real but it’s an amazing picture, it’s amazing art.’

Banksy’s ‘Devolved Parliament’ – featuring the Houses of Parliament filled with chimpanzees – sold for £9.9 million last year, setting a new record for his work according to valuation website MyArtBroker.com.

Many of his murals have also been lifted from walls and sold, with Kissing Coppers – an image of two male police officers in an embrace on the side of a Brighton pub – selling for £350,000 in 2011.

Ms Kaur said: ‘Unfortunately I don’t own the property, I am renting.

‘He brought the bike with him – there is one tyre on the bike and the other tyre is in the picture as the little girl’s hula hoop.’

Ms Kaur, who has only recently reopened following lockdown, said lots of people have been coming into her salon to ask about the mural, but she is not yet sure whether it will create a boost for her business.

‘Let’s see – I’m not sure about anything right now,’ she said. 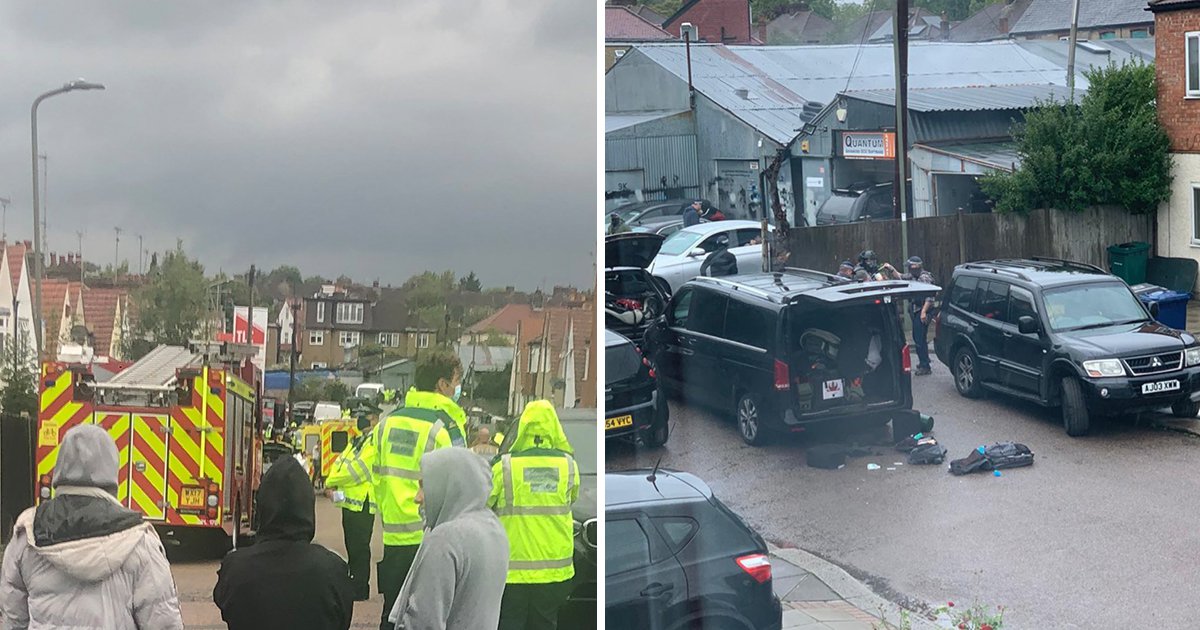 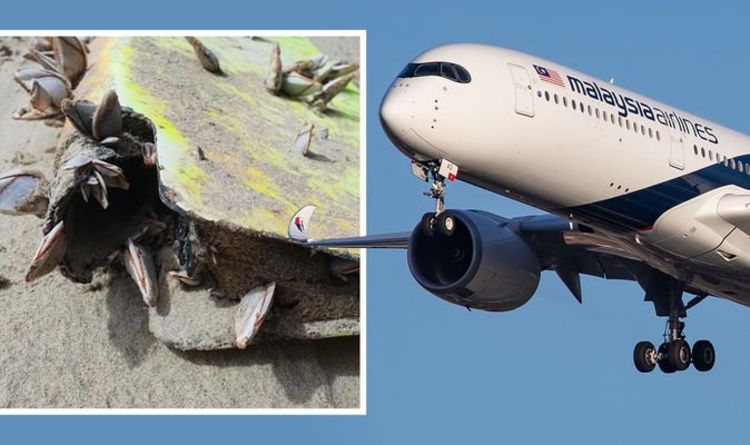