Alex Salmond’s written evidence has been removed from the Scottish parliament’s website, and is set to be replaced with a redacted version, after the Crown Office raised concerns about possible contempt of court.

The former first minister’s evidence relating to the Scottish government’s infamous mishandling of harassment claims was published on Monday evening, ahead of his appearance at the inquiry this Wednesday. The Crown Office had written to Holyrood’s corporate body to ask for redactions or for the evidence to be removed from the website altogether.

Meanwhile, a senior DUP MP has warned that the Northern Ireland Protocol has “the potential to cause political instability” as his party called on the government to remove it and restore the nation’s ability to trade freely with the rest of the UK post-Brexit.

Sir Jeffrey Donaldson told MPs that Northern Irish businesses were experiencing “enormous difficulties” with their supply chains and warned it was the government’s “responsibility” to act.

He said: “That is why we are calling on them to use their powers under the protocol to take the necessary action through Article 16 to resolve the diversion of trade, the disruption in trade between Great Britain and Northern Ireland, and to restore the citizenship rights of the people of Northern Ireland to trade freely with the rest of the UK, a freedom they have enjoyed for 200 years.”

Johnson should apologise for remarks about journalists, Labour says

Boris Johnson should apologise for his suggestion that journalists are always “abusing” others, Labour’s shadow media minister has said.

“For Boris Johnson to say journalists are ‘always abusing people’ probably says more about his own career,” Chris Matheson said in a statement.

“It is particularly troubling coming so soon after the prime minister stood by one of his ministers who attacked a journalist who was just trying to do her job.”

Mr Matheson added: “We know from Donald Trump that these kind of assaults on the free press are dangerous and designed to stir up distrust and division.

“Boris Johnson should withdraw these remarks and apologise.”

Our reporter, Adam Forrest, has more details below on the removal of former SNP leader Alex Salmond’s evidence to the inquiry into harassment allegations against him:

Car-makers are “paddling furiously below the water” to maintain their supply chains post-Brexit, an industry leader has warned.

Mike Hawes, chief executive of the Society of Motor Manufacturers and Traders, told MPs that the movement of parts had been “difficult” since the end of the transition period.

Mr Hawes told the Commons Business, Energy and Industrial Strategy Committee that there was a “pervading sense of relief” in the industry that an agreement on trade had been negotiated with the EU.

“We ended up, I think, with a deal that in many ways works for the sector, most obviously in the avoidance of tariffs and quotas which would have been a severe brake on the industry,” he said.

“However, it doesn’t mean zero cost. The industry is trying to manage its supply chains. We are integrated within the European, if not the global, industry, so the supply chains do stretch far and wide.

“All the industry is … I characterise it as paddling furiously below the water to keep things going.”

Mr Hawes added that the administration required to move goods in and out of the UK is “significant” and a “major challenge”.

Boris Johnson has suggested that journalists are always “abusing” others and that “guilt” led him to swap the profession for politics.

Speaking to a group of schoolchildren, the prime minister said: “When you are a journalist you think ‘great, great job’… But the trouble is that… sometimes you find yourself always abusing people or attacking people.”

Our Whitehall editor, Kate Devlin, has the full story below:

PM: Vaccine passports could be banned in some circumstances

A government review of Covid vaccine and testing certification could lead to a ban on demands for proof of immunity in certain circumstances, Boris Johnson has suggested.

The PM’s comments raise the possibility that the review, to be led by Michael Gove and report by 21 June, will bar employers from implementing “no jab, no job” rules or pubs and restaurants excluding people who have not been vaccinated.

Mr Gove’s review is expected to look not only at the question of vaccine passports but also into whether people could be issued with official certification to prove a recent negative Covid-19 test, possibly in the form of an entry on the NHS smartphone app.​

Racially aggravated hate crimes in Scotland have fallen by a fifth (20 per cent) in the last five years while such attacks against transgender individuals have doubled in the same period, new figures show.

Race-related incidents still accounted for more than three-fifths (62 per cent) of the 6,448 recorded hate crimes in 2019-20 in Scotland.

Twenty per cent of incidents were linked to sexual orientation, 8 per cent to religion, and 4 per cent to disability. Transgender identity was seen as the aggravating factor for 1 per cent of hate crimes and in 5 per cent there were multiple aggravators.

Justice secretary Humza Yousaf said the report “provides more detail of how hate crime affects our communities and is a timely reminder that crime motivated by hate is an all too common occurrence, with real-life impacts on victims and those around them”.

He added: “Just from those that are reported, we know that an average 18 hate crimes are committed every day in Scotland.

“The fact that visible minority ethnic groups, which represent 4 per cent of the population, experience two-thirds of all race-related hate crimes shows we have much more to do to overcome prejudice, while the findings also highlight the need for more to be done to ensure workplaces are an environment free from hatred and from fear.

“The report also highlights the risk that police face in the line of duty on a daily basis where almost one in five recorded hate crimes involved a victim that was a police officer.”

Evidence from Alex Salmond will be removed from the Scottish parliament website before a redacted version is published later, Holyrood’s corporate body has said.

The change follows concerns raised by Scotland’s prosecution service after the former first minister’s written evidence to the Holyrood inquiry into the Scottish government’s botched investigation of sexual harassment claims against him was published on Monday evening.

A Scottish parliament spokeswoman said: “Following representations from the Crown Office on Monday evening, the SPCB (Scottish Parliamentary Corporate Body) agreed collectively this morning that it will remove the Alex Salmond submission on the Ministerial Code from its website with immediate effect and republish it later today in a redacted form. The SPCB will respond formally to the Crown Office shortly.”

Labour has urged the government to address the “scandal” of higher living costs faced by black, Asian and other ethnic minorities in the UK.

A new report by academics at Bristol University has found those on low incomes are more likely to be paying extra costs for essentials, such as electricity and gas.

Our reporter, Adam Forrest, has the full story below:

The Crown Office has expressed concern about the publication of Alex Salmond’s written evidence by the Scottish parliament over the handling of harassment allegations against him.

In his evidence, Mr Salmond accused Nicola Sturgeon of misleading parliament and breaching the ministerial code, while also describing the Crown Office as “not fit for purpose” under its current leadership.

Following its publication, the Crown Office – the body responsible for prosecuting crimes in Scotland – sent a letter to Holyrood’s corporate body that raised concerns and reportedly asked for redactions or for the evidence to be removed from parliament’s website.

“We have asked the Crown Office to clarify its concern so that we can respond today.”

A Crown Office spokesperson declined to comment on the contents of the letter but said “in all cases where the Crown becomes aware of issues of potential contempt, these will be considered carefully and action will be taken if considered appropriate”.

Mr Salmond is due to appear before the Committee on the Scottish Government Handling of Harassment Complaints, set up to look into the unlawful investigation of allegations against the former leader of the SNP.

The number of people claiming universal credit in the UK has doubled since the start of the pandemic, with 6 million now receiving the welfare benefit, new figures have shown.

The data comes amid concern over plans to remove the £20 uplift to the benefit which was introduced due to the economic impact of Covid-19.

Our social affairs correspondent, May Bulman, has the full story below: 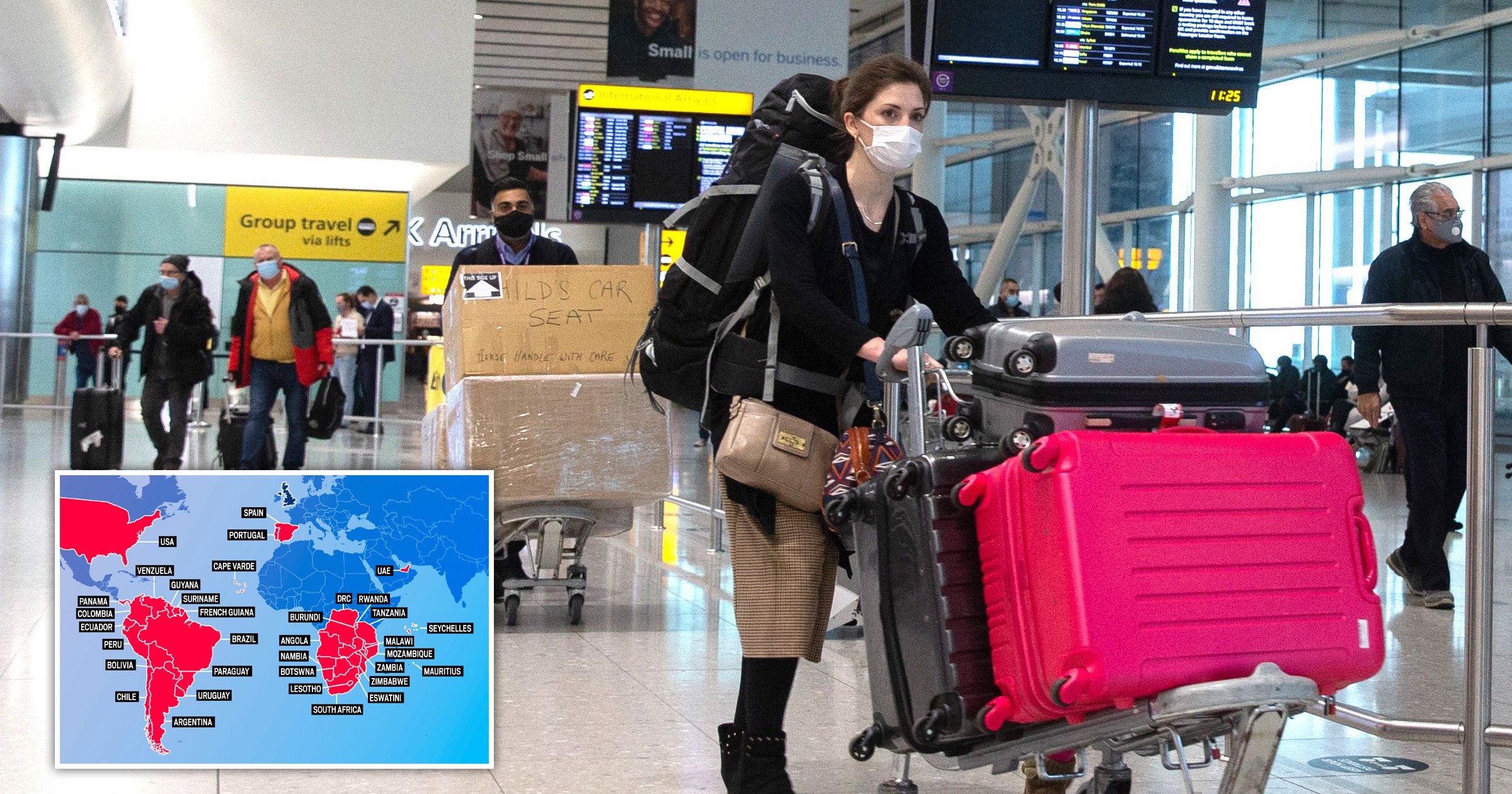 Melissa Caddick’s own family Adam Grimley, Edward and Barbara may have been fleeced by missing woman 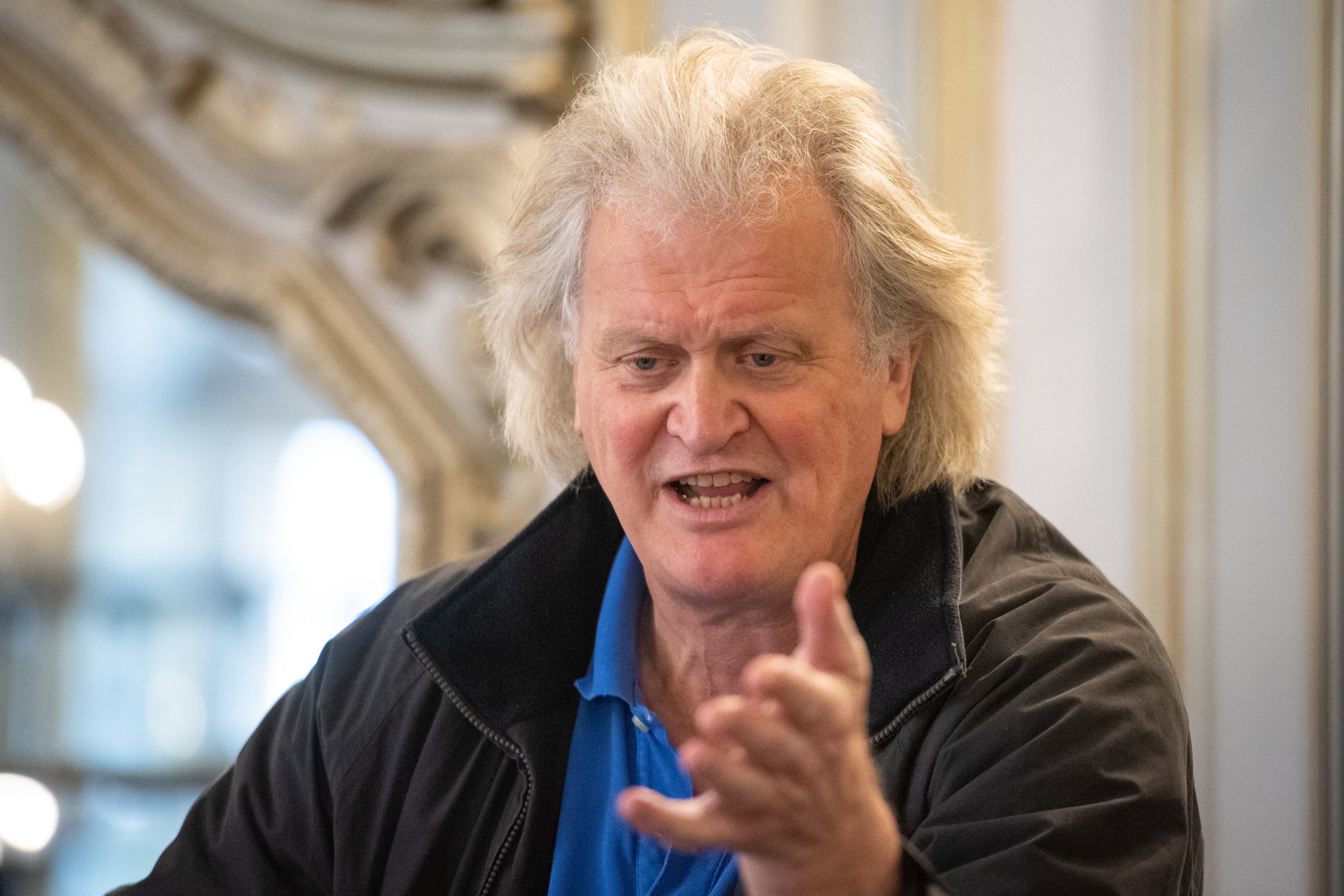