Debenhams will shut the chain’s flagship Oxford Street store along with five others permanantly as the liquidation of the historical chain continues.

The department store closures will result in the loss of around 320 jobs, with stores in Portsmouth, Staines, Harrogate, Weymouth and Worcester closing their doors for good.

The company started a liquidation process last month after failing to secure a last-minute rescue sale.

The chains remaining 139 shops are currently trying to sell off all their stock – a process made harder by the current national lockdown.

Debenhams’ administrator, FRP Advisory, has said it is continuing to talk with third parties over the potential sales of all or parts of the historic retail business.

Geoff Rowley, joint administrator to Debenhams and partner at FRP, said: ‘We continue to engage with interested parties over alternative proposals for the future of Debenhams, but inevitably the latest lockdown has had an effect on our plans for the wind-down of the business.

‘We regret the impact on those colleagues affected by today’s announcement and would like to thank all those who continue to keep the business trading in very difficult circumstances.’

The chain became one of the largest high street casualties at the end of last year after rescue talks with JD Sport fell through.

The chain had been in administration since April, but when any hopes of a rescue were dashed, it drew a line under 242 years of trading and put 12,000 jobs at risk.

The High Street has been hard hit by the coronavirus pandemic as people were told to stay inside for several national lockdowns.

High Street stalwarts such as Debenhams, WH Smith and Clarks did not escape the bloodbath.

In August 228-year-old business WH Smith said a dramatic fall in sales could force them to axe around 11 per cent of its workforce.

It was a grim announcement for an already hammered high street after hundreds of jobs were also cut at high street fashion chain M&Co.

The chain also announced the closure of 47 stores, taking the number of workers facing redundancy as a result of the Covid crisis above 100,000.

John Lewis cut a further 1,500 jobs, adding to the 1,300 axed when it permanently shut eight stores in July.

The retail giant was widely seen as a benchmark for High Street performance in the UK.

Lloyds Bank also announced their decision to make 1,070 more staff redundant on top of the 865 earlier in the pandemic.

Within the same 24 hours Marks & Spencer also reported its first loss in its 94 years as a listed company. The company had already cut 8,000 staff since March.

And Sainsbury’s also confirmed it would cut around 3,500 jobs across its Argos stores and supermarket meat, fish and deli counters, while Clarks shoes put the jobs of all 4,000 of its store staff on notice as part of its fight for survival.

Arcadia’s concessions, including  Topshop and Dorothy Perkins, were worth £75million-a-year in sales to Debenhams.

The collapse set off a domino effect, with JD Sports pulling out of talks to buy Debenhams.

Experts called the collapse of the two giants at the end of last year one of the most ‘devastating’ weeks in the history of British retail.

The number of job losses was so large it equated to losing the entire labour force of the UK fishing industry overnight.

It came in addition to thousands of other job losses as a result of the pandemic, which has pushed businesses across all sectors to breaking point.

Peacocks and Jaeger, which are owned by the Edinburgh Woolen Mill Group, fell into administration last month, putting 21,000 jobs at risk.

It comes amid concerns that Paperchase is on the brink of administration after Covid-19 restrictions placed ‘unbearable strain’ on the card and gift retailer’s Christmas sales.

The stationery chain, which usually makes 40 per cent of its annual sales over November and December, was particularly hit by lockdown measures over the festive period.

Approximately 1,500 jobs and 173 stores are on the line for the retailer, who appointed accountancy firm PwC to handle the administration process.

It was announced at the start of December that all Debenhams stores were to close for good after last-ditch attempts to save the retailer failed.

It comes after only 40 people turned up at the department store’s flagship store when it opened last month for a fire sale in a bid to clear its stock before closing for good.

More than a million shoppers tried to snap up a bargain online, with more than 300,000 people trying to get on to the website at one point. The massive influx of customers caused the website to crash.

Announcing the stores liquidation, Debenham’s administrator explained that the remaining options available to the store are a sale of all or part of the UK business; a restructure of Debenhams’ operations; or the orderly wind-down of the Debenhams business.

A previous statement from FRP Advisory said: ‘The sale process has not resulted in a deliverable proposal.

‘Given the current trading environment and the likely prolonged effects of the COVID-19 pandemic, the outlook for a restructured operation is highly uncertain.

‘The administrators have therefore regretfully concluded that they should commence a wind-down of Debenhams UK, whilst continuing to seek offers for all or parts of the business.

‘Debenhams will continue to trade through its 124 UK stores and online to clear its current and contracted stocks.

‘On conclusion of this process, if no alternative offers have been received, the UK operations will close.’

The rise and fall of Debenhams: From modest female outfitters to star-studded fashion launches with Kim Kardashian and Gemma Atkinson… how 242-year-old retail chain met its demise in 2020

By Mark Duell for Mail Online

Debenhams has been a mainstay on UK high streets for 242 years, but is now set to shut its doors for good.

The business had a modest start in life, with Mr Clark continuing to run the single store until meeting a potential investor.

William Debenham formed a partnership with the store owner in 1813, pumping funds into the business which then became Clark & Debenham.

Five years later it opened its first store outside the capital, in Cheltenham, and started to dramatically expand.

The business became Clark & Debenham, after William Clark opened a drapers store in 1778 on 44 Wigmore Street in London. Mr Clark had initially opened the shop selling expensive fabrics, bonnets, gloves and parasols, before it was renamed

Penny Lancaster models Ultimo lingerie at Debenhams on Oxford Street in October 2002 (left), while Kim Kardashian launches her ‘True Reflection’ fragrance range at a Debenhams store in London ten years later in May 2012

Shoppers browse for bargains at a Debenhams department store at the start of its sale on December 27, 1977

When Clement Freebody invested in the firm in 1851 it was renamed Debenham & Freebody, and continued to grow by snapping up smaller rivals and expanding its wholesale operations.

Acquisitions continued into the next century and in 1905 Debenhams Ltd was formed.

After the First World War ended, the retailer merged with Marshall & Snellgrove, and in 1920 purchased Knightsbridge retailer Harvey Nichols.

Seven years later the Debenham family exited the business as it was listed on the London Stock exchange.

By 1950, Debenhams was the largest department store group in the UK, owning 84 companies and 110 stores.

In 1985 Debenhams merged to become part of Burton Group, which soon rebranded as Arcadia, before splitting away 13 years later after a period of rapid store expansion and the launch of its first international franchise sites.

William Debenham (above) formed a partnership with drapers store owner William Clark in 1813, pumping funds into the business which then became Clark & Debenham. Five years later it opened its first store outside the capital, in Cheltenham

Bargain hunters burst into Debenhams department store at 9am on December 27, 1977 for the start of the winter sales

Following demerger from the Burton Group, Debenhams was listed on the London Stock Exchange until 2003, when it was acquired by Baroness Retail.

Baroness, backed by private equity firms CVC Capital Partners and Texas Pacific Group, started to strip the company’s assets, including a £450 million sale and leaseback of 26 properties and internal cost-cutting.

Three years later, Baroness almost tripled its value as it was floated on the stock market, but the retail group was now weighed down by a portfolio hamstrung with expensive rental agreements.

Nevertheless, Debenhams continued to grow, acquiring nine stores from Roches in the Republic of Ireland in 2007 and Magasin du Nord, the leading department store chain in Denmark, two years after.

The company also had a partnerships with Michelle Mone’s Ultimo bra company in the 2000s, which led to a series of photoshoots with glamour models inside its stores.

In 2014, after a decline in company profits, retail tycoon Mike Ashley bought 4.6 per cent of the company’s shares.

A Debenhams store in Manchester is pictured in 1981. In 1985 Debenhams merged to become part of Burton Group, which soon rebranded as Arcadia, before splitting away 13 years later

He steadily increased his ownership of the department store business, expanding it to 29.7 per cent by 2018.

However, the business had now felt the full effect of difficult high street conditions and sky-high rents, resulting in a £491 million pre-tax loss in 2018.

By April of 2019, the retail giant entered administration and delisted from the stock market.

It undertook a major restructuring, designed to restore it to its former glory, but now appears likely to disappear for good after Christmas, after entering liquidation.

Now, Debenhams is to start a liquidation process after JD Sports confirmed it had pulled out of a possible rescue deal, putting 12,000 workers at risk.

The 242-year-old department store chain said its administrators have ‘regretfully’ decided to start winding down operations while continuing to seek offers ‘for all or parts of the business’.

It is understood that the collapse of rescue talks were partly linked to the administration of Arcadia Group, which is the biggest operator of concessions in Debenhams stores.

Debenhams said it will continue to trade through its 124 UK stores and online to clear its current and contracted stocks.

‘On conclusion of this process, if no alternative offers have been received, the UK operations will close,’ the company said in statement.

Debenhams has already axed 6,500 jobs across its operation due to heavy cost-cutting after it entered administration for the second time in 12 months.

Arcadia tumbled into insolvency on Monday evening, casting a shadow over its own 13,000 workers and 444 stores. 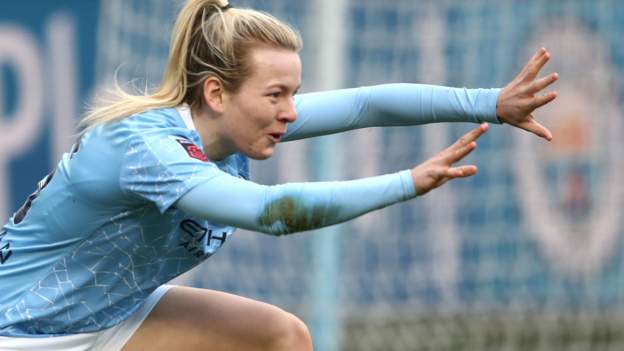 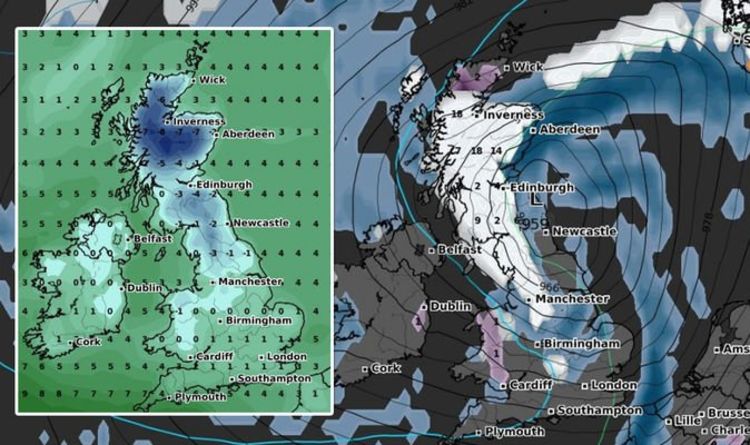