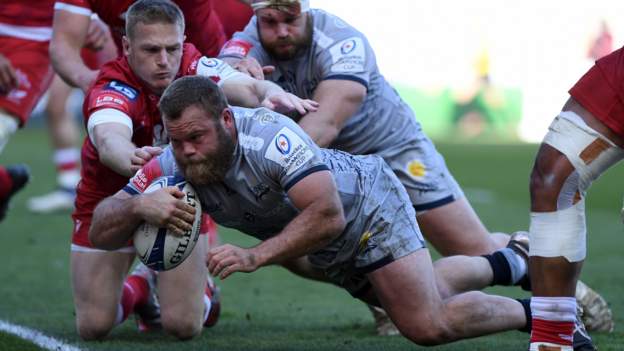 Sale booked a Heineken Champions Cup quarter-final trip to face La Rochelle with a thumping victory against a woeful Scarlets side.

MacGinty scored a second-half try to finish with a record 32-point haul, with further tries from Marland Yarde, Josh Beaumont and Raffi Quirke.

Scarlets could only reply with tries from Ken Owens and Jac Morgan.

Sale booked their first Champions Cup quarter-final since 2006 – when the tournament was known just as the Heineken Cup – as they ensured there were two English sides in the last eight by joining Exeter.

Sale are well-placed in third in the Premiership but had qualified for the Champions Cup last 16 despite having not won a game, with pool defeats against Toulon and Edinburgh.

The Scarlets’ defeat completed a disastrous weekend for the four Welsh regions, with no side reaching the quarter-finals of either European tournament.

Dragons, Cardiff Blues and Ospreys lost in the European Challenge Cup with the quartet of defeats coming against English club sides.

The other Welsh losses had been close affairs. This was anything but as Scarlets were humbled and humiliated at their ground, the Welsh side convincingly losing the physical and breakdown battles.

Scarlets set out their stall with a stuttering start courtesy of a knock-on from the kick-off from Sione Kalamafoni and a scrum penalty conceded by Wyn Jones, allowing MacGinty to open the scoring.

Scarlets’ line-out then malfunctioned, with the throw going over the top and Sale hooker Van der Merwe powering through an attempted Gareth Davies tackle and diving over. MacGinty converted before slotting over a second penalty.

Sale were denied a second try after centre Rohan Janse van Rensburg failed to ground the ball, but it only delayed the inevitable when Van der Merwe was driven over for his second.

Stunned Scarlets lost Wales centre Johnny Williams to a shoulder injury, although he was replaced by British and Irish Lion Jonathan Davies.

MacGinty’s third penalty extended the lead as Sale continued to outmuscle and almost bully their opponents, taking a 23-0 interval lead.

The Scarlets nightmare continued after the break when a loose pass from Dan Jones was capitalised on by opposite number MacGinty, who dribbled over to score.

Scarlets finally responded with an Owens try from a driving line-out with Halfpenny converting, but it only temporarily halted the Sale procession.

England wing Yarde dived over after a flowing move, before the mercurial MacGinty set up captain Beaumont for the fifth try. MacGinty converted before slotting over two penalties.

Flanker Morgan gained a late consolation Scarlets score before replacement Sale scrum-half Quirke, 19, sprinted over for his first ever try for the Sharks. 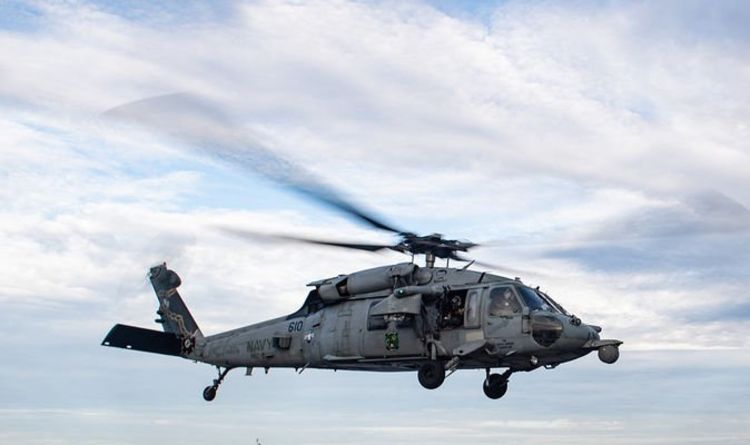 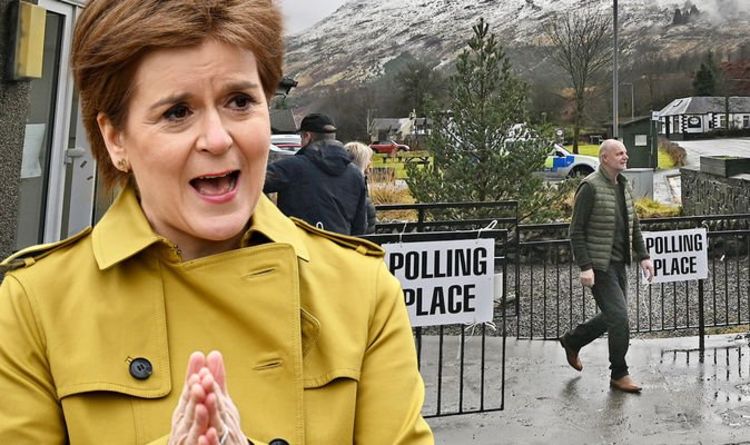 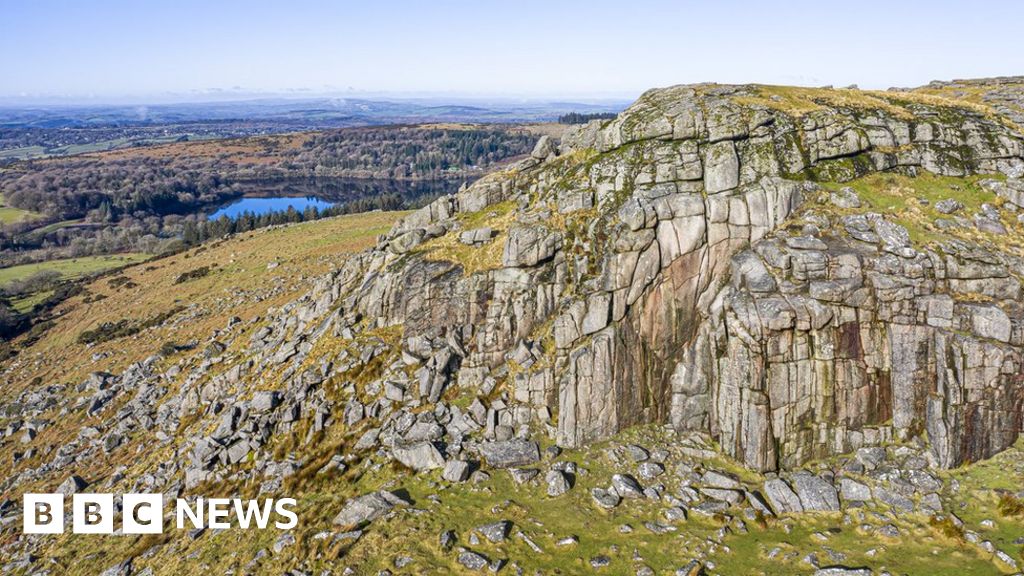 ‘Iconic’ Sheeps Tor on Dartmoor is for sale 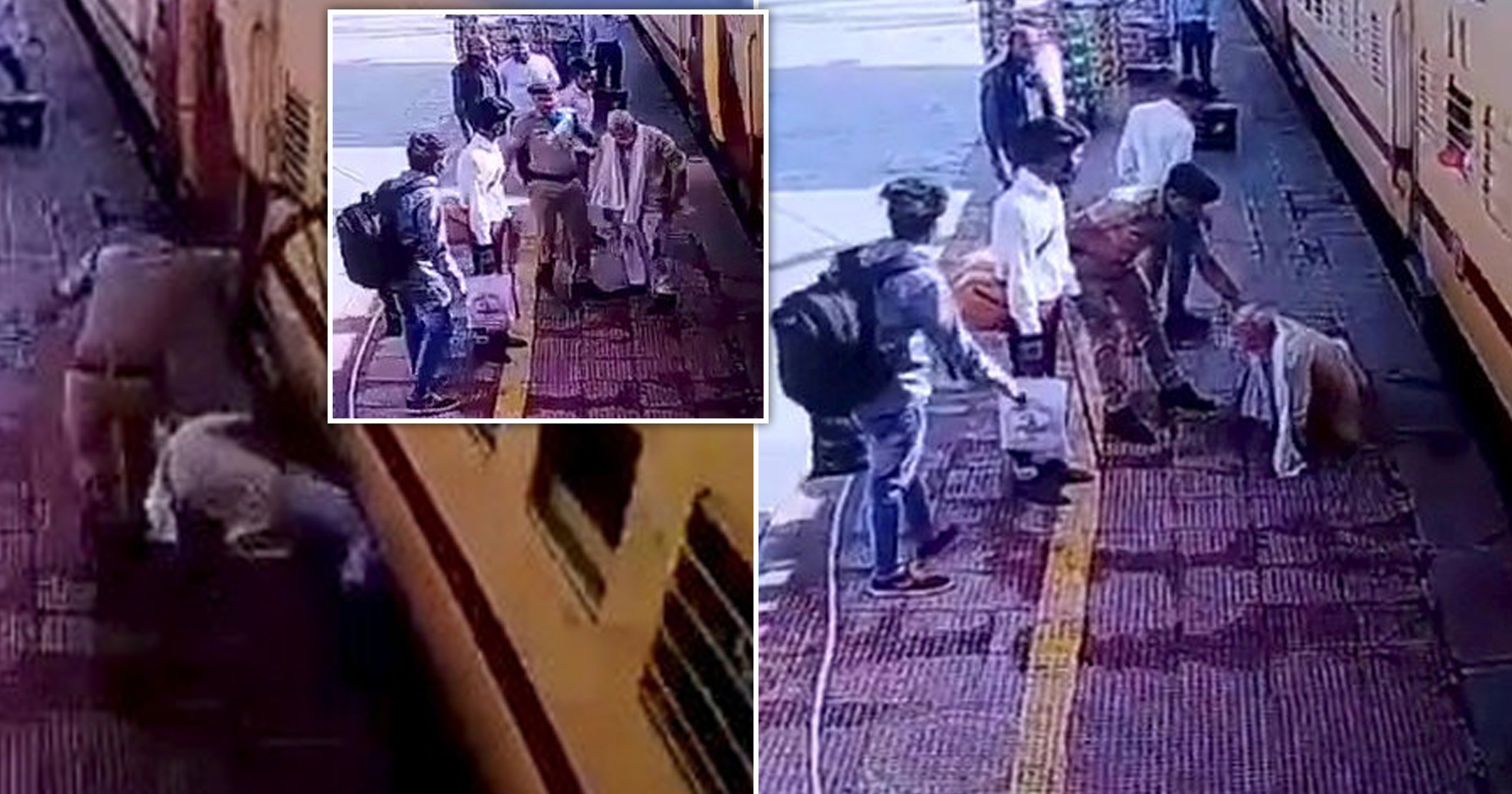