Royal POLL: Do you agree Harry and Meghan are cashing in on their royal titles? VOTE 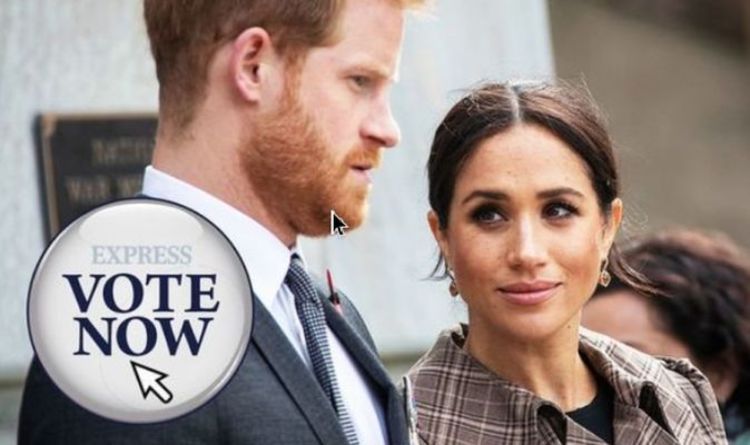 In his first TV interview since he departed Good Morning Britain, Mr Morgan spoke to US conservative news personality Tucker Carlson where he openly criticized the royal couple. In his interview with Mr Carlson, which lasted for more than an hour, he slated the couple for their commercial deals with the likes of Spotify and Netflix.

THIS POLL IS NOW CLOSED. CLICK HERE FOR THE RESULTS.

The former GMB host added: “We’ll be hearing a lot more Royal secrets from them because that’s their only currency”

Following these comments, we are asking Express.co.uk readers whether you agree Harry and Meghan are cashing in on their royal titles?

Piers Morgan continued on his rant claiming Prince Harry was useful to Meghan because he has a royal title and she has been ruthlessly exploiting that title to the tune of hundreds of millions of dollars.

He added: “Good luck to them if they can get away with it but I think Americans should be on to this now.

Do you agree Harry and Meghan are cashing in on their royal titles? (Image: GETTY)

“How much money would they be making if they weren’t the Duke and Duchess of Sussex for their anodyne views on a podcast to Spotify? Zero! Right?”

“They’re not making all this money through talent – Meghan was an OK actress on a show not many people watched”.

He then accused the Duke and Duchess of Sussex of “complete hypocrisy” over their interview with Oprah Winfrey.

The TV personality said: “’Would they be getting a two-hour interview with Oprah if they weren’t Royal? Of course, they wouldn’t.

READ MORE: Prince Harry shamed for ‘leaving NOTHING behind’

Meghan and Harry spoke out in an interview with Oprah Winfrey (Image: CBS)

The Queen had stripped Meghan and Harry of their titles in February (Image: Getty)

“Would they be on an open-top bus going through Hollywood with James Corden if they weren’t Royal?

“No! So their entire existence is now being financed by their Royal connection, the same Royal connection which they spent nearly two hours lambasting and saying how much they hated.”

Asked by Carlson what the future holds for the duke, 36, and duchess, 39, Morgan said: “She has a track record of ditching everyone and everything when they cease to be of use to her so my advice to Harry is make sure you remain of use.”

Piers Morgan has said he has had a “lot” of job offers since leaving Good Morning Britain last month after briefly walking off the set after a confrontation with weather presenter Alex Beresford.

Piers Morgan spoke out in a US TV interview (Image: PA)

He described his former colleague as “the stand-in weather guy who does the weather occasionally”.

Vote now in Express.co.uk’s poll which will run throughout today. 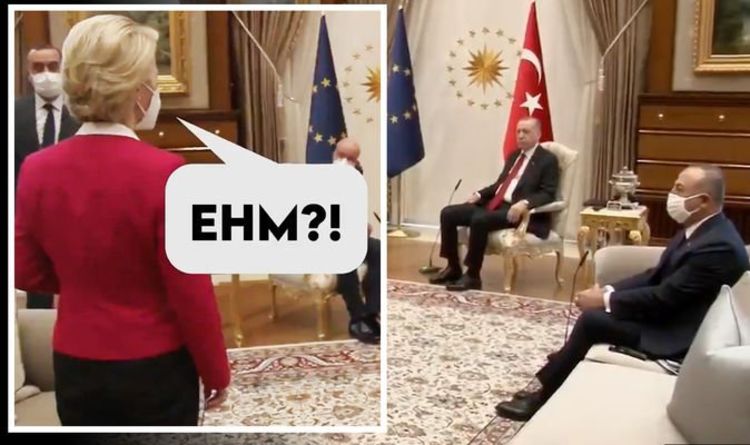 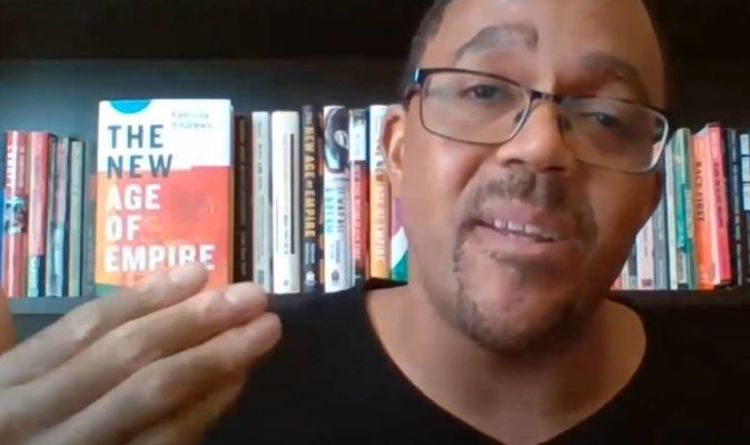