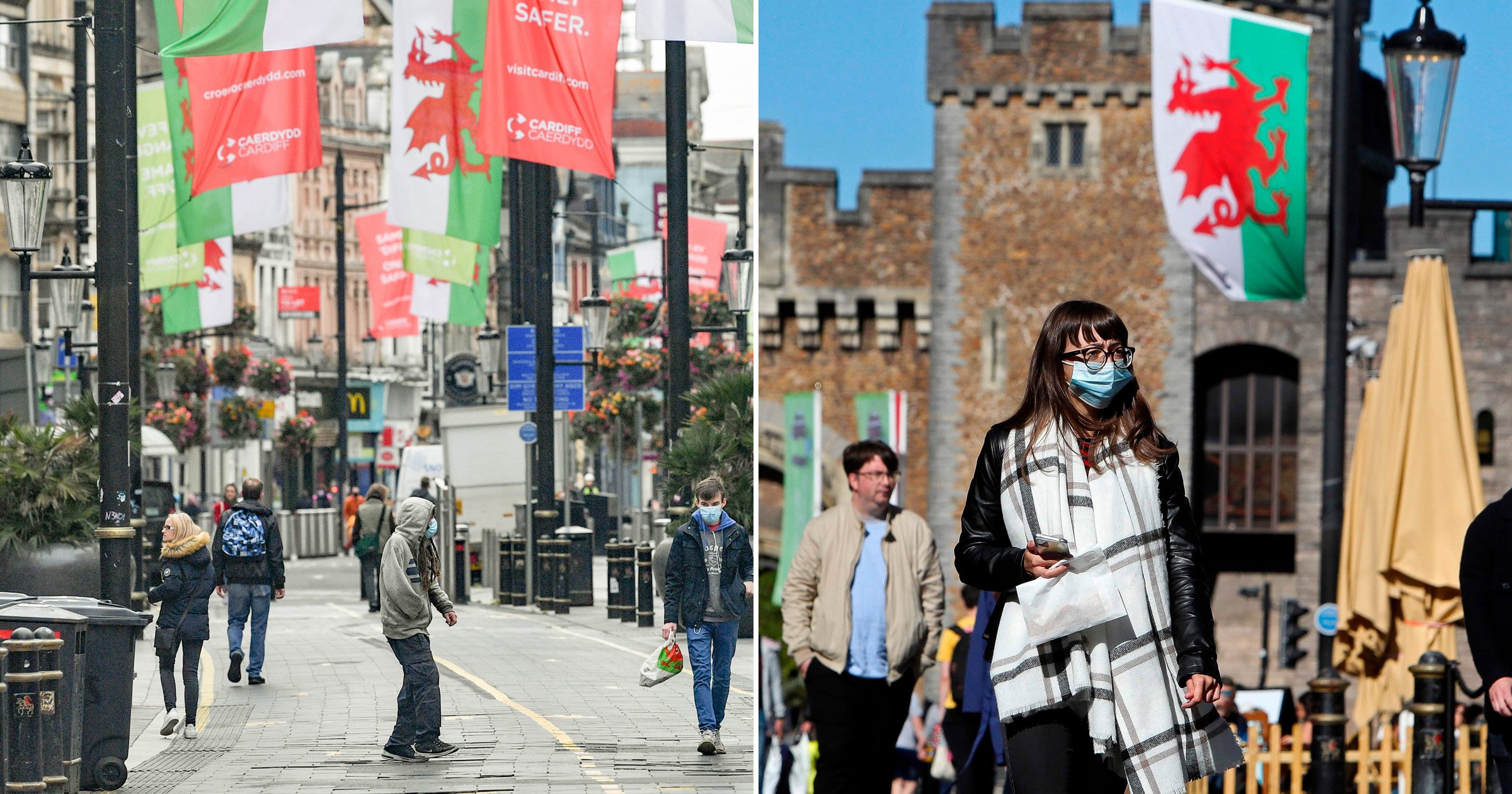 Wales will be placed under a 17 day ‘circuit break’ lockdown from 6pm on Friday, according to a leaked letter from Confederation of Passenger Transport union.

The letter sent to transport operators says ‘pubs, restaurants, hairdressers etc – will all be closed’ and says the measures will ‘take us back to the situation in March.’

It is understood a final decision will be made on Sunday, before an announcement at lunchtime on Monday.

The letter says that while no firm decisions have been made about children returning to classrooms, current plans suggest primary schools will re-open after the half-term break, on November 2.

Details of the plan were contained in a message from a regional director of the of the CPT John Pockett to Welsh members, which was posted on Twitter by blogger Bubble Wales.

In the letter, dated October 16, he writes writes: ‘The Welsh Government will announce on Monday a “circuit break” lockdown to begin at 1800 on Friday 23 October and continue in force until 0001 on Monday 9 November.

‘We have met with officials this morning, but as this is a very fast moving situation with decisions still to be made by ministers, much of the detail has not yet been agreed by the Government.

‘Nevertheless I wanted to let you know what we know so far.’

Mr Pockett said the lockdown would ‘take us back to the situation in March’ when pubs, cafes, restaurants and hairdressers were closed.

He added: ‘It covers the half-term break (Friday 23 October – Monday 2 November) but some schools will reopen on 2 November.’

‘Ministers have not yet determined the details on this; it seems that primary schools will reopen, but a decision on secondary schools (or at least some or part of individual schools) will be made over the weekend.’

He said public transport would be for ‘essential journeys only’ and the Welsh Government was yet to decide what level of services would run during the lockdown.

The letter added: ‘I appreciate that this information is very limited and I am sure that you will have questions, but that, at the moment, this is very much as we know.

‘I assure you that we will keep members fully informed as we receive more details from the Government.’

Mr Pockett said the letter was genuine, but said he was ‘surmising’ what would happen.

He added: ‘It was me advising my bus operator members to be prepared for something and this is what it may well be.

‘It could be more; it could be anything. I think other associations have communicated with their members in the same way.’

When asked about the specific details of the lockdown, Mr Pockett said: ‘I’ve not seen the detail either – that’s me surmising – but that’s what my common sense tells me.

‘I understand what the Government wants to do is cause as little disruption to schools as possible, so you start it as soon as the schools finish for half-term.’

Yesterday Welsh First Minister Mark Drakeford said the nation’s devolved government was looking ‘very carefully’ at introducing a circuit-breaker lockdown with a decision due to be announced on Monday.

Local lockdowns are in force in 17 areas of Wales affecting more than 2.3 million people but had not slowed the spread of the virus enough, he said.

A travel ban preventing people from areas of the UK with high levels of coronavirus from entering Wales came into force yesterday.

A Welsh Government spokesman said: ‘The measures we have put in place at both a local and a national level, with help from the public, have kept the spread of the virus under check.

‘However, there is a growing consensus that we now need to introduce a different set of measures and actions to respond to the virus as it is spreading across Wales more quickly through the autumn and winter.

‘We are actively considering advice from Sage and our TAC Group. A ‘fire break’ set of measures to control Covid-19, similar to that described in the Sage papers, is under consideration in Wales.

‘As the First Minister set out in his press conference on Friday, we have discussed this advice with stakeholders and partners. But no decisions have been made.’ 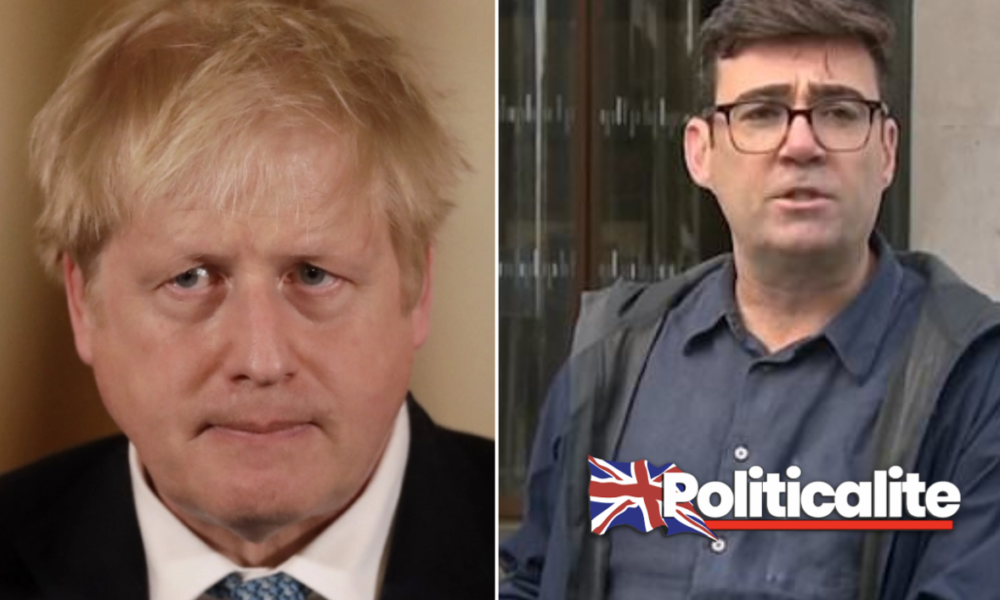 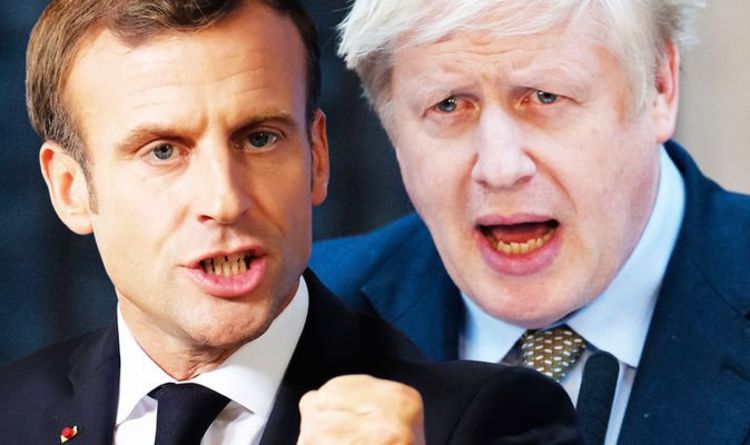 EU PANIC: Macron in urgent phone call with Boris to urge for resolution on Brexit row