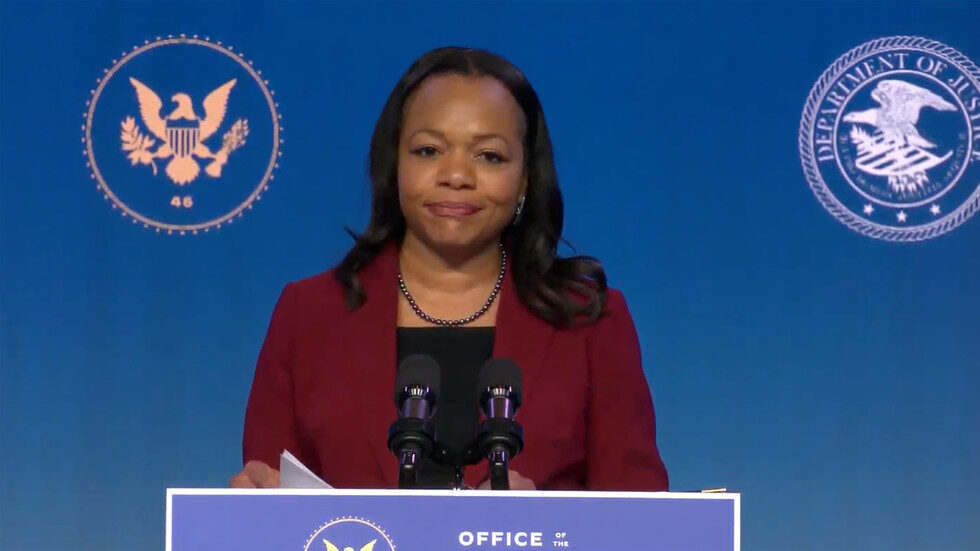 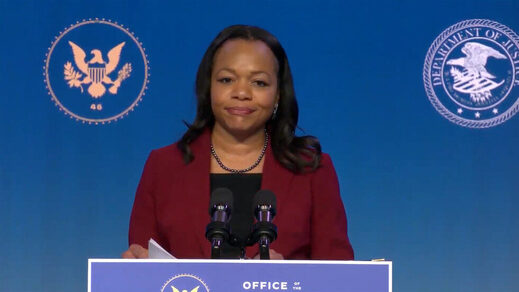 Champions of “anti-racism” in the media, academia and Hollywood have gone silent on Joe Biden’s pick for the chief US civil-rights lawyer, after Fox News host Tucker Carlson revealed her allegedly racist and anti-Semitic views.

There’s been no denouncing of Kristen Clarke by the likes of MSNBC, woke actor Robert DeNiro or leading anti-racism professor Ibram Kendi. Nor have Democrat politicians or leftists rushed to the defense of Clarke, whom President-elect Biden has announced will head the civil rights division of the Department of Justice. Journalist Jack Posobiec said Wikipedia has locked entries to its Kristen Clarke page and doesn’t include her racial superiority comments. 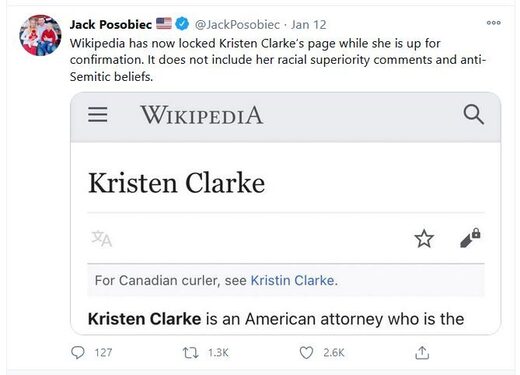 While serving as president of the Black Students Association (BSA) at Harvard University, Clarke wrote to the student newspaper in 1994, explaining the views that she urged the editors to use in their “search for truth” regarding genetic differences between races. Among those observations was that “melanin endows blacks with greater mental, physical and spiritual abilities.”

Perhaps confusing the pigment melanin with the hormone melatonin, Clarke explained that whites and Asians produce less melanin than blacks because their pineal glands are more calcified. “This is the chemical basis for the cultural differences between whites and blacks,” she said, after also noting that black infants “sit, stand, crawl and walk sooner than whites.” 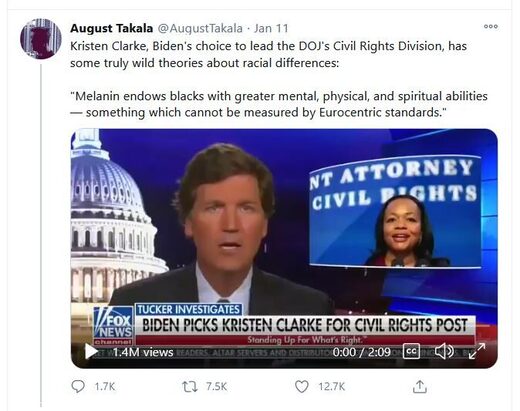 In response, the Harvard Crimson editorialized that Clarke should retract her statement or resign her position heading the BSA. Weeks later, Clarke invited anti-Semitic author and professor Tony Martin to speak at Harvard. In his speech, Martin denounced Jews as the earliest racists in recorded history. He referred to a Jewish student group as “the campus-based shock troops in the ongoing Jewish onslaught against black progress.” He said Jews dominated the slave trade and controlled the mass media.

Amid the controversy after the speech, Clarke told the newspaper: “Professor Martin is an intelligent, well-versed black intellectual who bases his information of indisputable fact.”

The Anti-Defamation League, which ostensibly exists to fight anti-Semitism, is among the groups that have endorsed the selection of Clarke to become the government’s top civil rights lawyer. The ADL hasn’t commented on Carlson’s report about Clarke’s bigoted statements. Meanwhile, Israel National News referred to Clarke’s views as “black supremacist.”

Neither Clarke nor Biden’s transition team has addressed concerns over Clarke’s racial views. Politicians who have endorsed her, such as Senator Corey Booker (D-New Jersey), haven’t withdrawn their support or commented on her statements.

Although there was very little defense on social media of Clarke’s alleged views on racial genetics, some observers argued that the statements were made 26 years ago, when she was just a college student. But researcher Sarah Eaglesfield said Clarke appeared to continue to hold those beliefs at least as recently as last year, when she defended race-based discrimination against Asian students in college admissions.

#KristenClarke said that stuff about melanin as a junior undergrad, over 25 years ago. She was 19 years old then and is now close to 35. However, she should be invited to disavow those pseudoscientific errors.

I’ve always said: don’t hold something that someone said 25 years ago against them. Always and either side.However, Kristen Clarke seems to have continued with her beliefs up until last year with her case against Asian students.

Conservatives were left to wonder what Biden’s choice of Clarke might signal about their future. “Be afraid, be very afraid,” one commenter said on Twitter. “It looks like the next four years will be very scary. God help us all.”

Be afraid, be very afraid. It looks like the next 4 years will be very scary. God help us all.

Another observer tweeted: “Sounds like Hitler’s eugenics theory to me. Prepare the camps. We will be expected to go peacefully.” 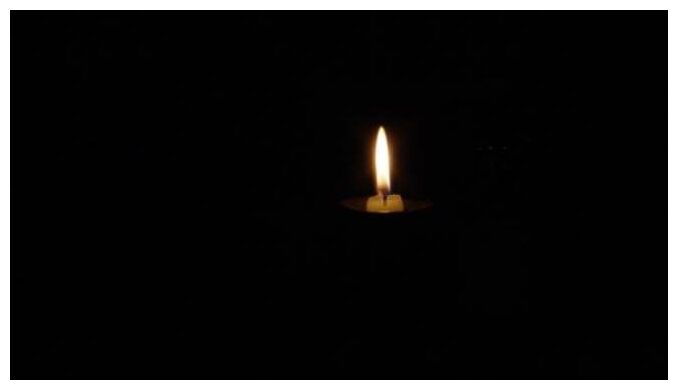 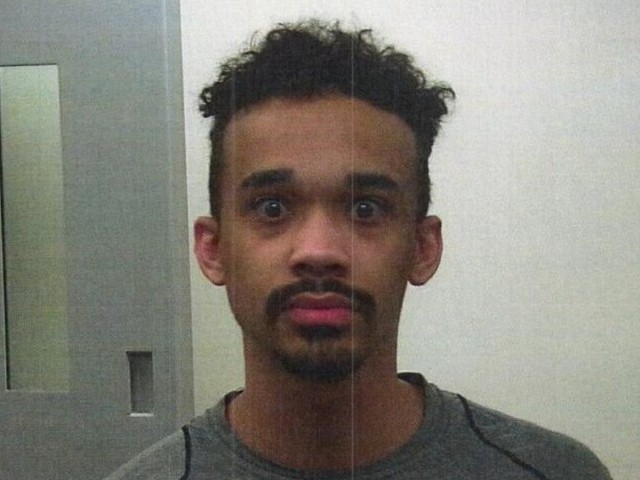 Leftist Activist Among Those Arrested in Capitol Riot 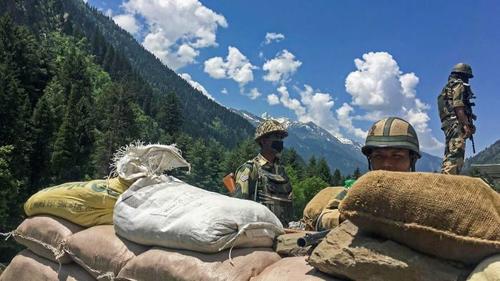