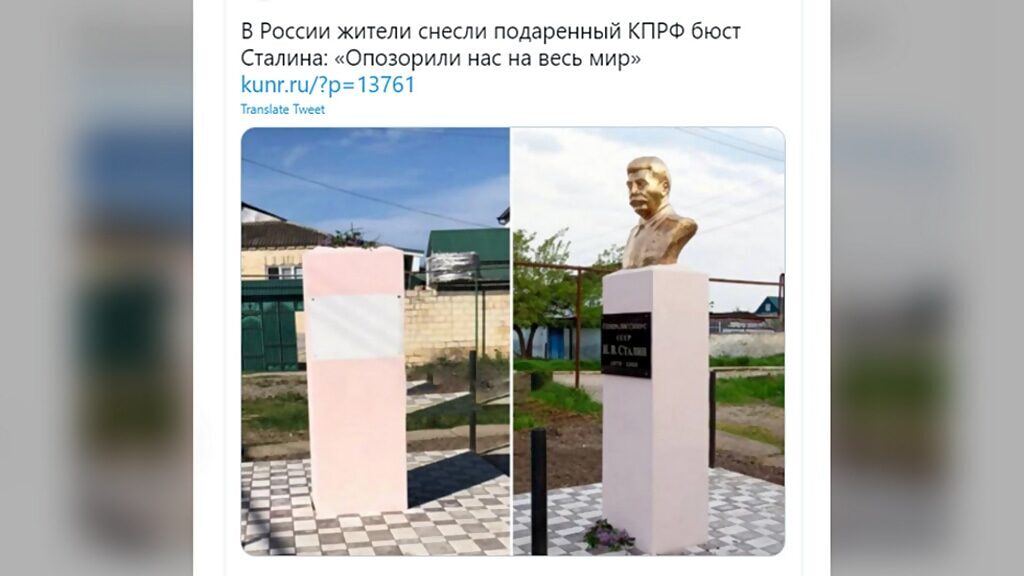 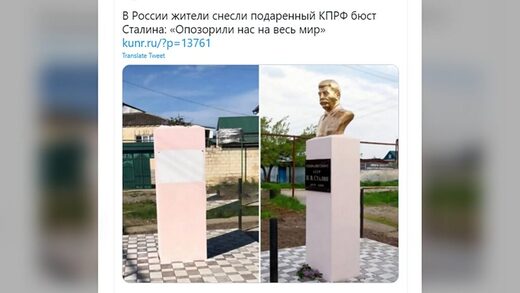 © @kuban_republic / Twitter
“In Russia, residents demolished a bust of Stalin donated to the Communist Party of the Russian Federation: “We were disgraced to the whole world.””

A bust honoring Soviet leader Joseph Stalin was taken down a few days after its instalment in a southern Russian city sparked backlash on social media. Local communists vowed to bring it back as soon as possible.

The golden-colored bust was erected on April 29 in Dagestanskiye Ogni, a city of 30,000 in the multiethnic Dagestan region in Russia’s northern Caucasus. The small monument stood near a bus stop on a rural street that bears Stalin’s name.

The memorial to the controversial Soviet leader was erected at the behest of the local chapter of Russia’s Communist Party. Party official Ruslan Lugovoy told local media the bust was going to be officially unveiled on May 8, a day before Russia celebrates its victory over Nazi Germany and her allies during WWII. Stalin had led the Soviet war effort as commander-in-chief.

The bust quickly sparked backlash on social media. Many pointed out that Stalin oversaw the wartime deportation of hundreds of thousands of Chechens, Ingush, Balkars, and members of other indigenous nations from northern Caucasus to Central Asia, after they were accused of collaborating with the German forces en masse and of sabotage. The deportations were recognized as criminal acts during the Perestroika.

Ruslan Kurbanov, a researcher at the Institute of Oriental Studies of the Russian Academy of Sciences, posted a short clip of the bust being installed on his YouTube channel, under the title ‘An attack on the sentiments of the prosecuted nations’.

In a video circulating on social media, a young man, purportedly a local, said the memorial honoring Stalin “sows discord among brotherly nations,” and that the city officials have “embarrassed us in front of the whole world” by allowing it. He apologized on behalf of the Dagestanis for the memorial.

The infamous bust was subsequently taken down by a crane on May 3, just four days after being erected. The city’s mayor, Jalalutdin Alirzayev, told the Kavkazsky Uzel news website that the communists had failed to secure a permit for the memorial. He added that they should have consulted with the residents of the street before deciding to install a bust there.

Local Communist Party chief Makhmud Makhmudov admitted that his colleagues had “acted too quickly” and “didn’t have all of the necessary documents.” Nevertheless, Stalin will return to the bus stop once the paperwork was sorted out, he promised.

“If we make it in time by May 9, that would be good. If not – the bust will presumably be returned [to its original spot] once the mayor’s office has all of the documents,” Makhmudov said.

Although Stalin remains a deeply polarizing figure in Russia, opinion polls suggest that his popularity has grown over the years. In 2019, 70% said they believed he had played “a positive role” in the country’s history, according to a poll by the Levada Center. 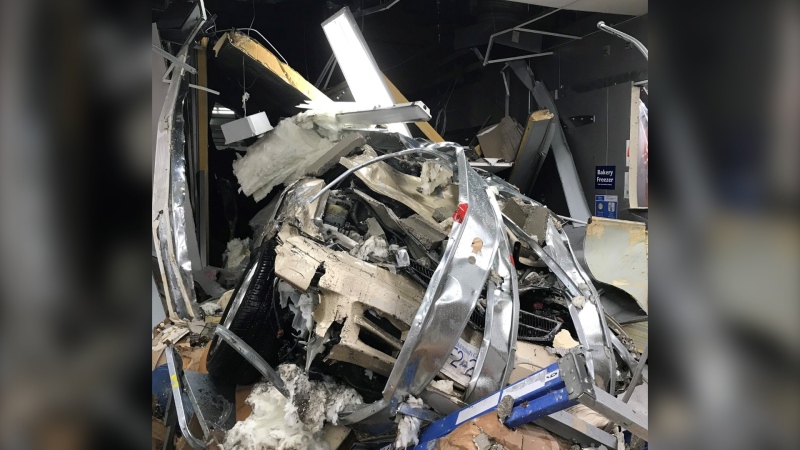 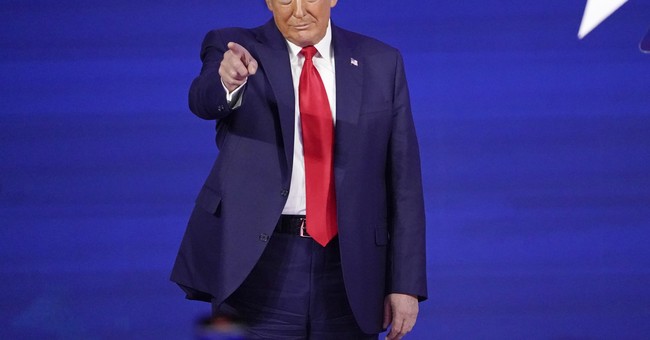 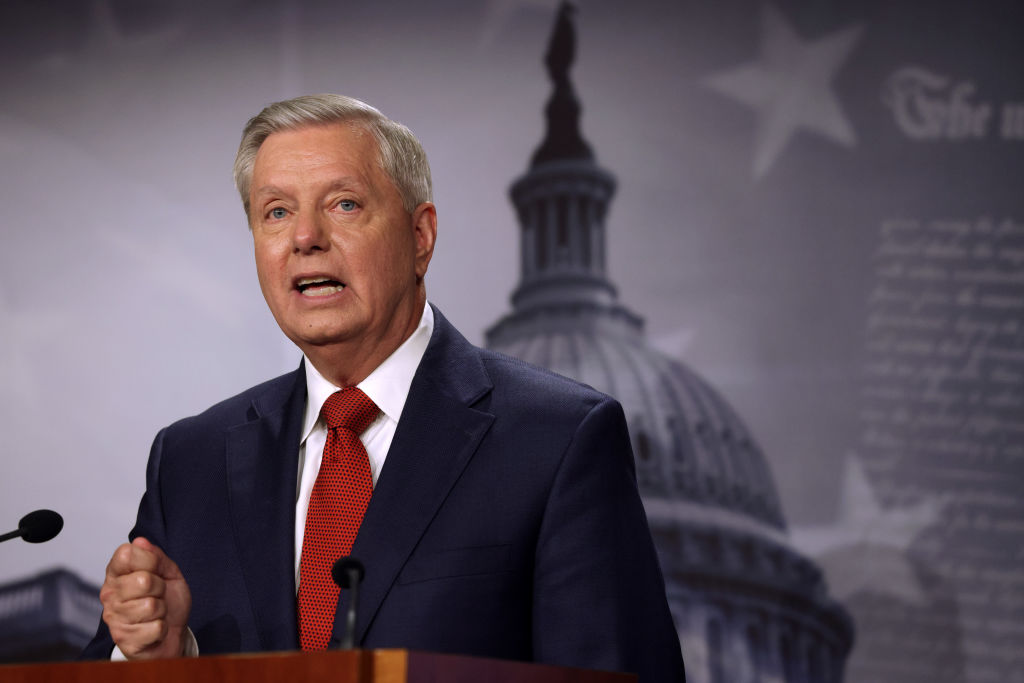 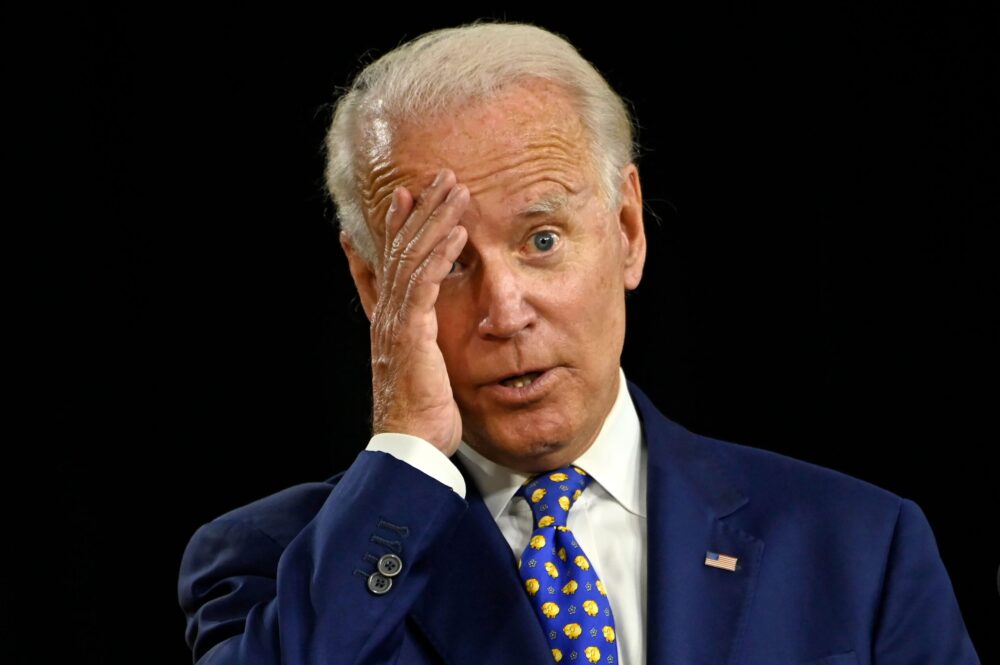 Majority Believe Border Situation Is Crisis, Disapprove Of How Biden Is Handling It: CNN Poll